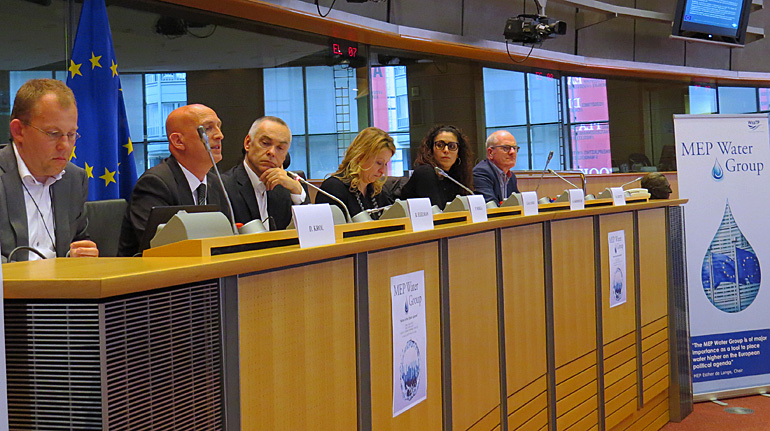 For the implementation of its water policies the European Union should allow municipalities and metropolitan councils to take a bigger role. This was the general consensus at the last meeting of the MEP Water Group in Brussel on 6 April.

"The water policies of the European Union are good, it is the implementation that is too slow", said Pavel Misiga, head of the water unit of the European Commission at the meeting. He endorsed the role of cities to push the EU's communitarian water agenda.

The meeting linked the theme of water on the European Urban Agenda to the Leeuwarden Declaration that was signed in Leeuwarden, the Netherlands on 11 February.

The Leeuwarden Declaration sets out for European cities to join an ambitious urban water agenda. 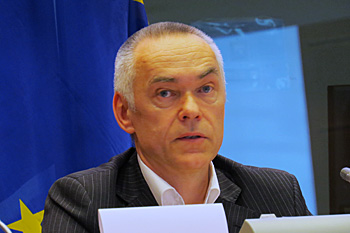 According to Pavel Misiga, head water unit, cities pay a high price for too much, too little and too polluted water.

Cities as drivers of implementation
The aging of the current water infrastructure in European cities was seen as an important opportunity to introduce a new kind of water infrastructure that contributes more to the liveability and economic growth of cities, such as green-blue corridors and closed water cycles.

"Cities are much depended on water and they pay a high price for too much, too little and too polluted water", said Misiga. For the health of its citizens and their economic development, it seemed legitimate to him for cities to take a lead in the development of innovative solutions for urban water issues.

Aziza Akhmouch, head of the water governance programme of the Organisation for economic cooperation and development (OECD), also touched upon the issue of the ageing water infrastructure. “National governments will not fix the water agenda”, she said. "The OECD recognises the need for more capacity to implement water policies at local level."

According to Akhmouch the urban water agenda should be operationalised at the metropolitan or city level. 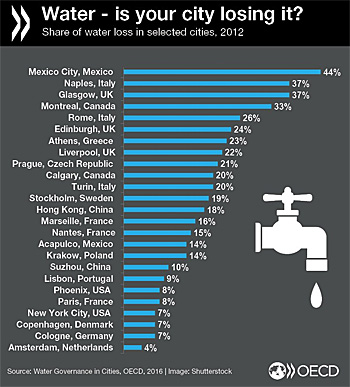 Aziz Akhmouch showed some results from the recently published OECD-study on urban water.

Smart cities
The meeting of the MEP Water Group at the European Parliament in Brussel preluded on the signing of the Pact of Amsterdam on 30 May that will outline a new EU urban agenda.

This agenda will include a number of actions, including the set-up of partnerships on several issues such as climate change.

The topic, often referred to as smart cities, is high on the agenda of the Dutch presidency, aiming to push cities to become hubs of innovations for sustainability, energy efficiency, economic development and social inclusion.

Key-issues at city levels have always been sustainable energy, mobility and ICT.

Compared to these profound urban issues, water unfortunately lacks the awareness of the citizens and therefore of the local politicians.

Therefore it needs to be pushed higher on the EU urban agenda, it was felt at the meeting. 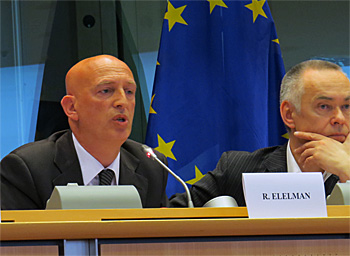 Making water and waste smart
Richard Elelman, coordinator of the BlueCities project touched upon this subject of awareness. "It is important to create a coherent long term urban policy that includes both water and waste", Elelman said. He proposed the development of a roadmap."

"For the ownership of such a roadmap, thrust and engagement are crucial", Elelman said. "Water and waste need to be visualized better so its importance becomes clear to the man in the street and at schools".

Elelman told that the BlueCities project is about to organise a series of science café's for water experts to meet local politicians, local businesses, grassroots associations and citizens.

Linking EU level to local level
Europarliamentarian Esther de Lange and chairman of the MEP Water Group wrapped up the meeting by stating that "Although there are a lot of actions launched, it is difficult to link the EU level with the local level and this is a challenge we need to address together!".

The Leeuwarden Declaration was adopted at the first Water & Cities conference to challenge cities on urban water issues and take simultaneous action that links infrastructures, institutions, and information.

The next Water & Cities conference to roll out the Leeuwarden declaration will take place in Bratislava, under the European presidency of Slovakia, on 5 September.