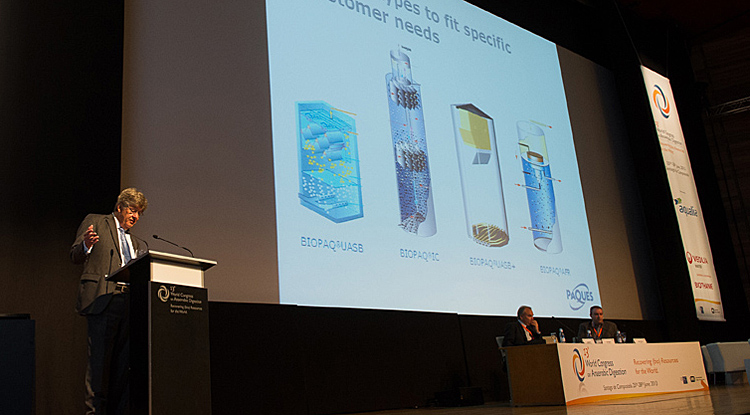 Later this year the sixth Lettinga Award will be handed out during the 14th Anaerobic digestion congress in Chile in November. The organiser of this award, the Lettinga Foundation, recently published its first call for nominations for innovative projects with added value to anaerobic digestion technology.

Linked with international congress
The Lettinga Award is organised in the same year as the Anaerobic digestion congress of the International Water Association (IWA) that is held every three years. The prize winner will be announced during this congress and at the same time the results of the previous winner are shared.

The Lettinga Award will be adjudged to a project, not an individual person, nor an institute. Apart from projects aiming at technological innovations, also activities that are focused on awareness, implementation, knowledge transfer and demonstration of sustainable environmental biotechnologies are eligible. 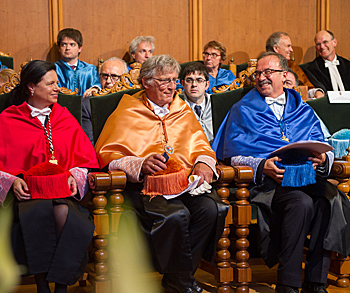 During the Anaerobic digestion congress in 2013 professor Gatze Lettinga (middle) was awarded honorary doctorate at University of Santiago de Compostela.

Since then the award has been given every two to three years during the IWA Anaerobic Digestion congress. During the congress the results of the previous winning project are presented.

Nowadays, anaerobic technology is considered a mature technology that is not only applied to treat domestic and industrial waste streams, but also to create value with it.

The Lettinga Award is organised by the Lettinga Foundation. At this moment Paques and Veolia have already agreed to sponsor this sixth Lettinga Award. Sponsorship by other companies is being negotiated.