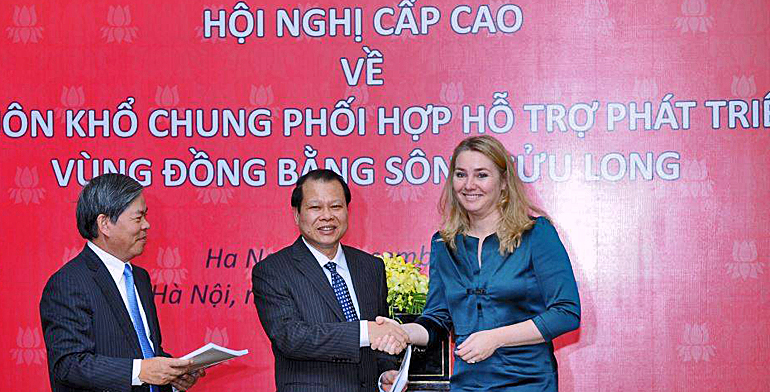 The Mekong Delta plan is based on the Dutch long term flood protection Delta programme and sets a vision together with proposals for the Mekong river delta to adapt to climate change, manage its water resources and prosper sustainably in the coming years.

The presentation took place on occasion of the third Intergovernmental Committee Meeting on water and climate change. The committee embodies the close cooperation between the Dutch and Vietnamese governments, leading a number of interdisciplinary coordination committees and working groups.

New chapter in bilateral relations
"The Mekong Delta Plan opens a new chapter in our bilateral relations", said Schultz on the occasion of the presentation. "I am convinced that this plan will help to make the delta safer and bring more prosperity to Vietnam. And I hope that it will present our two countries with new opportunities for cooperation."

"The Netherlands sees it as an important mission to share its knowledge and expertise in the field of water management", said Ms Schultz. "Now that the Mekong Delta Plan is finished, it is time to turn words into deeds. The Netherlands is keen to help." 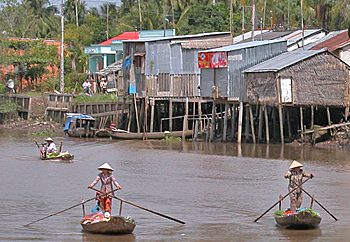 hort, medium and long term vision
The Mekong Delta Plan presents not only a vision for the long term (up to 2100), but also measures for the short (to 2025) and medium term (2026-2050). It contains recommendations on legislation and finance, and should serve as a basis for further regional and sub-regional planning.

The plan also contains guidelines for government, donors and international financial institutions on moving from planning to implementation and placing investment projects in a long-term context.

Smarter use of natural resources
The development of the Mekong Delta plan has been assisted by a consortium led by engineering consultancy Royal HaskoningDHV. Senior project manager Michel Tonneijck emphasises the importance of the Mekong river delta to the Vietnam economy: "The river delta is the rice granary of Vietnam and one of the largest rice exporters in the world. In its industrial development, however, the delta is surpassed by other regions in Vietnam."

Tonneijck: "Smarter use of the rich natural resources in the delta are crucial in the plan. And instead of focusing on agricultural production can be better looked at creating added value. Now every farmer brings his own boat his harvest to the market. This can be more efficient."

Combined growing of fish and vegetables
The Mekong Delta Plan consists of 12 land and water measures, including several 'no-regret' measures that can be taken anyway, regardless the actual impacts of climate change, Tonneijck: " For example, for the northern part of the delta, we recommend more room for the river and controlled overflow. The growing of fish and vegetables can be further developed and be made more flood resistant. For the protection of the coastline, we recommend restoration of mangroves, where aquaculture can play an important economic role." 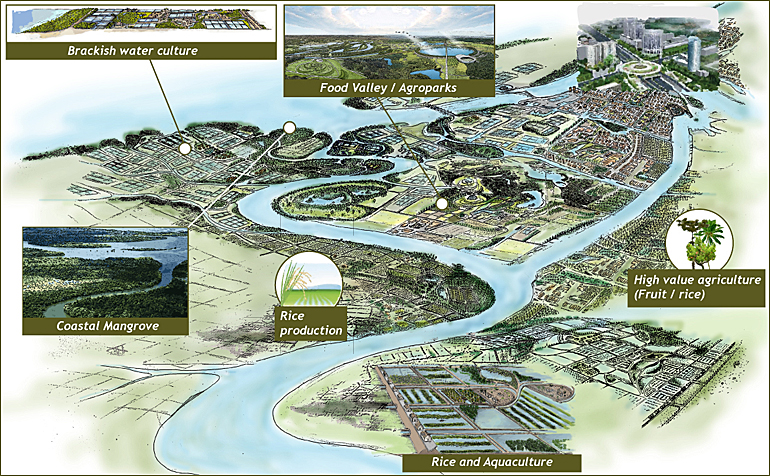 The presentation of the Mekong Delta plan marks the first time that the concept of the national Dutch Delta Programme has been exported and adapted to another region.

This news item is based on a press release published on the websites of Dutch Ministry of Infrastructure and enviroment (Dutch only) and Netherlands Embassy in Hanoi.

More information
Ministry of Infrastructure and Environment
The Hague, the Netherlands
+31 70  456 00 00
www.government.nl/issues/water-management