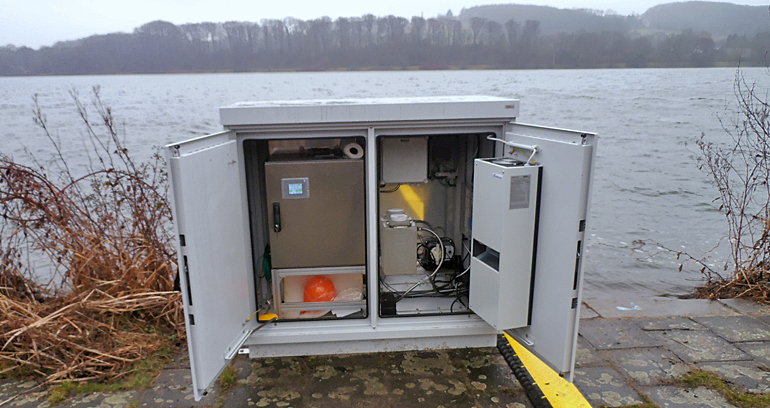 By taking over mbOnline, microLAN can add the Coliguard to its existing product line that includes the early warning iTOXcontrol and ALGcontrol monitors. 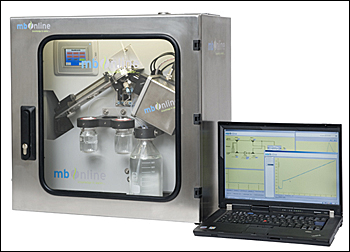 Immediate response to water pollution
microLAN's online monitors instantly respond to a change in water quality, giving an alarm signal to indicate a possible water pollution. The devices are in use by water utilities and industries that take in surface water and want to monitor the water quality.

The advantage of microLAN's monitoring is that the water intake is guarded permanently, avoiding the need for a  frequent collection of water samples and lab analyses. A possible pollution is detected within minutes, allowing the operator to take appropriate action immediately.

Early warning of bacteria
The Coliguard has been developed by mbOnline and is now added to the product line of microLAN (and will be named BACTcontrol). The Coliguard detects the presence of bacteria - including E.Coli and coliforms - in water.

The online monitoring is based on an Enzymatic reaction that makes the bacteria visible for fluorescence detection.

By adding the Coliguard monitor, monitoring systems are now also of interest to the food industry and in case of the reuse of treated waste water. 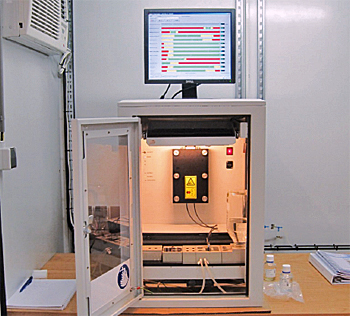 Combination of systems
The ALGcontrol has been developed by microLAN and is part of the product range since 2013. The ALGcontrol detects the presence of algae in surface water. It can identify classes of algae and convert fluorescent values into chlorophyll-a concentrations and blue-green algae (or cyanobacteria) concentrations.

The ALGcontrol can also be included into the iTOXcontrol as a separate option making it a unique combination to monitor in one system for algae and chemical pollution.

The iTOXcontrol is microLAN's first online (bio)monitoring system, introduced in 2006. iTOXcontrol detects the acute chemical toxicity of drinking and surface water caused by organic chemicals and heavy metals. It functions by exposing the luminescent Vibrio fischeri bacteria to intake water. These bacteria generating reduced light in the presence of increased toxicity.

This news item was originally published on the website of microLAN (as pdf-file).