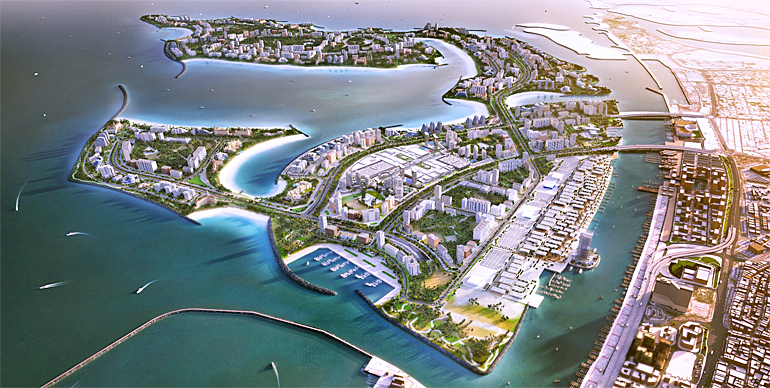 The work involves shaping 8.5 km of new beaches, 3.5 km of quay walls, 9.5 km of rock edges and 2 km of breakwaters. It will be completed under a two-year contract and covers work on two of the four islands that make up the project.

Deira was constructed by Van Oord between 2005 and 2008 and will become a new waterfront city in Dubai. 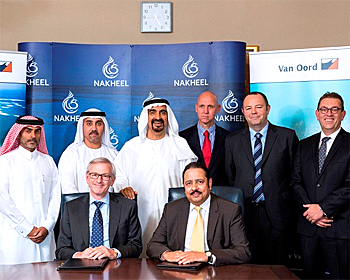 Protection by breakwaters
The work includes a 4 km stretch of waterfront, big enough to accommodate more than 500 yachts and boats, at the 4.5 km2 south island. Van Oord will also construct 2 km of breakwaters to protect the newly-created basin and beachfront.

Previous waterfront projects
Nakheel has previously engaged van Oord for dredging and coastal work on its world-famous and iconic waterfront projects, including Palm Jumeirah and The World which added 300 km to Dubai’s coastline.

Deira Islands will add another 40 km, including 21 km of beachfront.

This news item was originally published on the website of Van Oord and Nakheel.