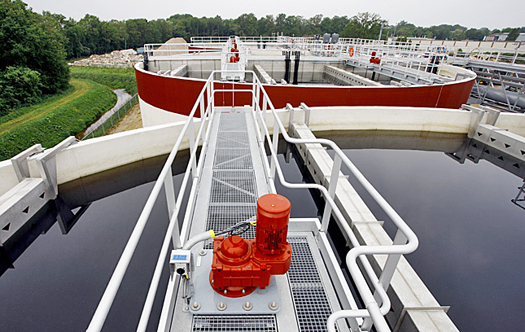 The first Nereda full scale waste water treatment plant in Epe, the Netherlands, has proven to even exceed its high expectations. The municipal treatment plant has been in operation for 16 month now.

Based on extensive plant performance monitoring throughout these years it now is confirmed that stringent targets for effluent quality, sludge treatment, use of chemicals and energy consumption are easily met.

Low energy consumption, low effluent concentrations
Extensive monitoring of the Epe plant – designed for flows up to 1,500 m3/h - shows that the performance of Nereda even exceeds expectations. The energy consumption of the WWTP including sand filtration and sludge treatment is significant less than any type of similar-sized conventional treatment plant in the Netherlands.

Furthermore the effluent quality meets the highest standards in The Netherlands, achieving total Nitrogen and Phosphorous concentrations lower than 5 and 0.3 mg/l. 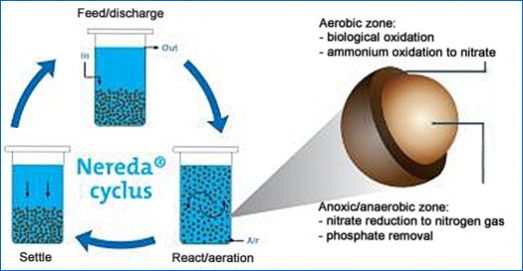 Nereda roll-out
After the Epe commissioning mid-2011, the interest for Nereda has grown tremendously. At least five new Nereda installations have their startup this year. For 2013 a further expansion is expected as the international interest for the technology is growing. Almost every week, international visits to the Epe plant are organized.

With installations in Portugal and South Africa already been realized, there is concrete interest in Nereda® installations from, among others, Australia, Poland, the Middle-East, Brazil, India, Belgium, the UK, Ireland and the USA.

Public-private development
Nereda treats waste water with the unique features of aerobic granular biomass. Invented by the Delft University of Technology and developed within a unique public-private-partnership between the University, the Dutch Foundation for Applied Water Research (STOWA), the Dutch Water Boards and Royal HaskoningDHV, the technology revolutionizes wastewater treatment.