The cooperation will concentrate on the state of Tabasco (Gulf coast) and the city of Acapulco (Pacific coast). Both areas suffered severe floods in recent years caused by tropical cyclones.

Dutch minister Ploumen visited the state of Tabasco to seek collaboration on broader economic development, as flood risk management plays an important role in other sectors such as oil & gas, sustainable infrastructure, agriculture, logistics and the environment. 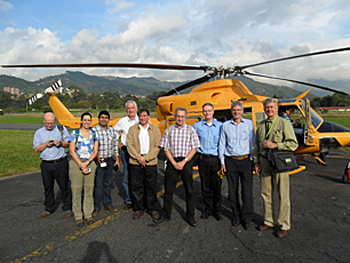 Dutch Risk Reduction Team
One of the issues on the MoU is the deployment of the Dutch Risk Reduction Team (DRR-team) that recently undertook a scoping mission. In their mission report the team, led by consultancy firm Arcadis, advised, amongst others, also to consider the objectives of involved and affected actors,given the expected economic, social and ecological development.

The Dutch government introduced this international DRR-team facility last summer. Dutch experts are on standby to be deployed to an area where urgent water expertise is required immediately after a formal request is received.

The focus is not on emergency aid, but on reconstruction and prevention.

Several other countries have shown interest in this facility, including China. 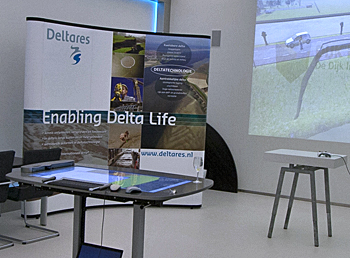 Workshop with flood simulation
One of the Dutch institutes contributing to the Dutch-Mexican cooperation is Deltares. In association with Arcadis they organised a workshop on the social innovation Festival Catapulta in the city of Oaxaca.

The workshop zoomed in on the use of innovations (many of them Dutch) such as simulation, gaming and participation tools.

These innovations have considerable added value for the development of sustainable water solutions.

A range of model simulations were discussed and there was a demonstration of the Map Table and the delta game.

Deltares also signed a cooperation agreement with the municipal authority of Oaxaca for a sustainability water system project in Oaxaca.

Finally, Deltares will also be concluding a knowledge2knowledge agreement with Mexico that involves universities in the Netherlands and Mexico, and the Global Change Centre in Oaxaca.

This news item is based on press releases on the websites of Conagua, Dutch Ministry of Foreign Affairs and Deltares.