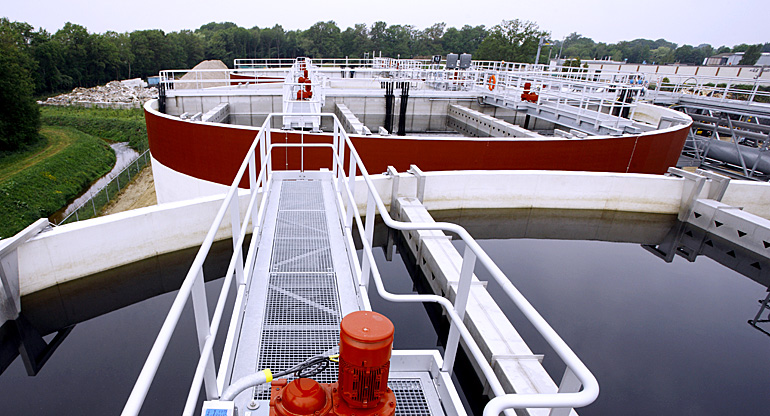 The Netherlands is, joined by Austria and Germany, one the three EU-members that fully comply with the EU Urban Waste Water Treatment Directive.

All three countries fully collect their urban waste water and treat it according to the minimum effluent standards.

In case of the Netherlands many waste water treatment plants (wwtp) meet more stringent effluent standards as they discharge their effluent on ecological sensitive surface water. These treatment plants have an additional third treatment step to remove phosphate and nitrogen.

For the first time the report includes all 27 member states, covering almost 24,000 towns and cities of more than 2,000 inhabitants, generating pollution corresponding to a population of 615 million, so called population-equivalents.

As a result newly developed advanced technologies as Babe, Sharon, Anammox and Amfer are applied at several Dutch treatment plants for the removal of nitrogen from the sludge water. The dewatering of sludge results in a side stream that contains by far the highest nitrogen concentration at a wwtp plant.

The treatment of this side stream is a very effective way to reduce the nitrogen concentration on the effluent that is finally discharged. 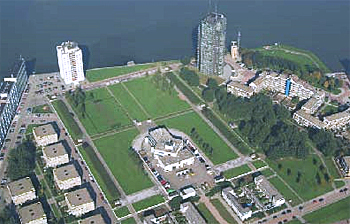 The full Anammox process is currently tested at the underground wwtp Dokhaven, Rotterdam. 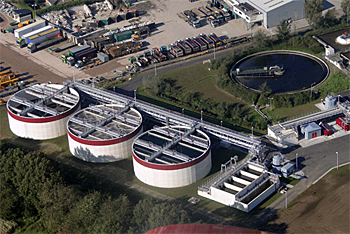 Wwtp Epe was the first municipal waste water treatment plant with a full Nereda process, commissioned in May 2012.

In the Netherlands the stringent EU effluent standards led to the development of two advanced aerobic treatment technologies, based on new micro-organisms and activated sludge (granular).

The new micro-organism concerns the anammox bacteria that converts ammonium into nitrogen gas. The Anammox process was developed by Delft University of technology and is successfully brought to the market by the Dutch water technology firm Paques.

The first Anammox plant for the full treatment process is now tested at wwtp Dokhaven, Rotterdam.

The other new technology is the Nereda process, also developed by Delft University of Technology and brought to the market by Royal HaskoningDHV.

New Member States, which have started at a lower level, their collection and treatment generally also can improve, despite lower compliance rates. This  progress has been made possible by 14.3 billion euros in EU aid in the period 2007-2013.

The report shows that 91% of the pollution load of the large cities in Europe is now treated more intensive, a significant improvement over the situation as described in the preceding report, when that share was 77%.

Investments pay off
Environment Commissioner Janez Potočnik said: "Waste water treatment is one of those fundamental tests for society: are we cleaning up the mess we create, or are we fouling the environment we depend upon? I am relieved to see the trends going in the right direction, and I am also happy to see that Commission action, a mix of financial support and tough legal action when necessary, has paid dividends for Europe's citizens."