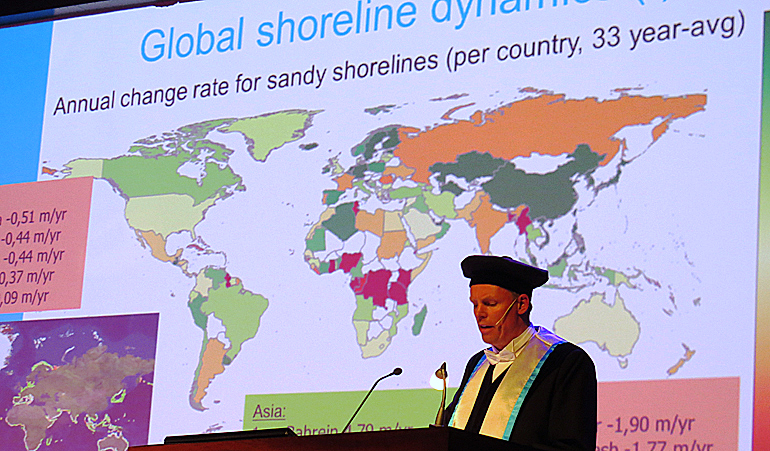 Based on the latest studies on melting sheets, the Dutch government should better prepare for a sharp increase of beach nourishments, advised new coastal engineering professor at the Delft University of Technology, Stefan Aarninkhof, in his inaugural address on 10 May.

Aarninkhof questioned whether the current nourishment strategy for the Dutch coastline, is fit for the future when sea level rise will force a sharply increase of the volume of sand supplements. He plead for a study on the efficiency of mega coastal sand supplements. 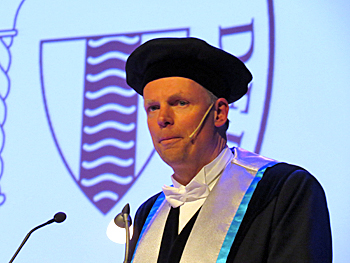 Coastal flood defence
The Dutch coast is largely erosive and a retreat of the coastline endangers the strength of the dunes as a sea-defence. In order to defend the low-lying hinterland, it is essential for the Dutch flood control to keep the coastline in place.

Therefore the Dutch national public works, Rijkswaterstaat, annually nourishes the Dutch coast with 12 million cubic meters of sand. These supplements aim to maintain the coastline of 1992.

Quicker rate
According to Aarninkhof it may be necessary to increase this volume drastically as the latest studies on the melting of polar ice indicate a faster rise of the sea level.

Aarninkhof noted that many recent studies indicate a faster ice melting. He advised The Netherlands to look into more dramatic climate change scenarios more closely to be able to increase the beach nourishments at a much quicker rate.

Mega nourishments
Rijkswaterstaat gained much efficiency in the past by supplementing the sand on the fore shore, rather than on the beach itself. In line with such an innovation of beach nourishment, Aarninkhof mentioned the mega nourishment 'the Sand Motor'. In 2005 20 million cubic meter of sand was placed on the foreshore of the coast of The Hague during one mega nourishment.

Natural elements, such as wind, tide and currents, are now displacing this sand along the coast, strengthening the coastline as a flood defence. 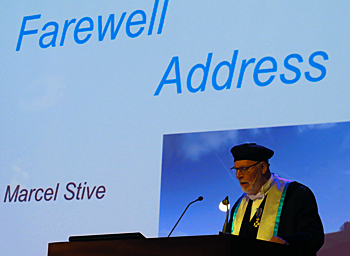 In his farewell address emeritus professor Marcel Stive mentioned the successfull fixation of the Dutch coastline and the development of the Sand Motor of which he was one of the initiators.

New strategy
“We need to look at long-term financing of such mega nourishments”, Aarninkhof continued in his inaugural address. He called for more efficiency by looking at the coastline as a whole, rather than as many small sections.

“Mega nourishment of 20 million cubic meter of sand for 20 years is no cheaper than four regular nourishments of 5 million. This may be different if a strategy foresees in a series of mega nourishments. Especially if sea level rise will force us to supplement much more sand”.

Coastal observatory
Finally, he pleaded for the establishment of a Coastal Observatory along the Dutch coast.

Such a Dutch observatory can be part of the newly established international network International Coastline Observatories Network (ICON), Aarninkhof suggested.