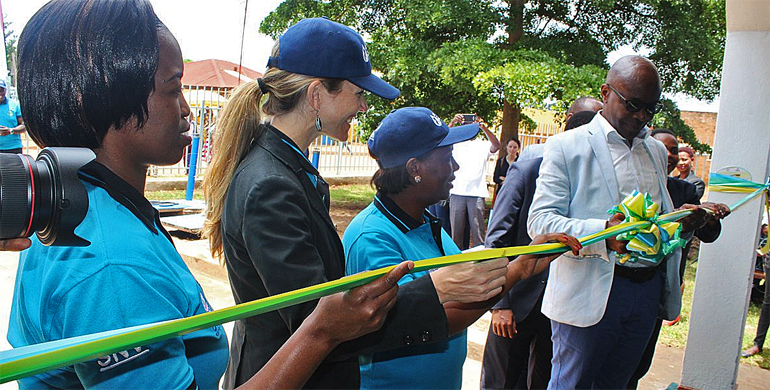 The centre features a selling point for local entrepreneurs where residents can purchase sanitation products. It is also a showroom for households and professional contractors to see various sanitation and hand-washing facilities. And it incorporates a training area for product and sanitation construction activities.

Dutch non-profit organisation SNV has implemented in collaboration with World Vision and Water for People. US Aid funded the centre. Rwamagana District is now in charge of the centre in partnership with SNV. 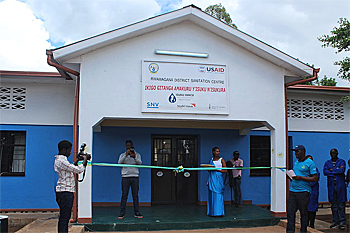 The RDSC centre has a selling point, a showroom and a training section for various technical sanitation options to visiting households and professional contractors.

In order to scale-up the adoption of products and services by the poor and marginalized, especially women- and children-headed households (youth), the centre is also expected to develop financial instruments, especially for under- or un-served populations.

Particularly, SNV will support construction of 11,357 latrines for vulnerable households. 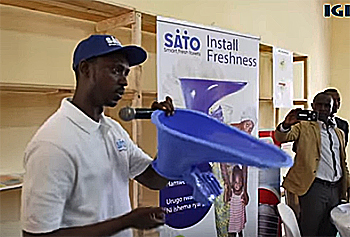 Demonstration of toilet pans for pit latrines with sealing mechanism to block odours and flying insects.

Creation of a culture
Sheikh Hassan Bahame, the Director General in charge of Social Affairs and Community Development at the Ministry of Local Government, said that hygiene should be a culture among Rwandan people.

“The Government of Rwanda targets to take sanitation activities to all people by 2020. That is why we should challenge ourselves by asking who the government is? The government is people,” he said.

He hailed SNV and its partners and urged Rwamagana community to grab the centre’s services and solve the problem of lack of proper toilets among over 8,000 residents in the district.

National targets
Speaking at the event, SNV Country Director, Phomolo Maphosa (left on top photo) said that the centre will support the government’s efforts to attain sanitation targets by 2020.

“Our target is that through district sanitation centres, people will access services and hygiene materials. For example, private investors will be showcasing, from this centre, different hygiene and sanitation materials that can be used by households,” Maphosa said.

It is expected that the similar centres will be established in Districts of Kayonza, Nyanza, Ruhango, Nyabihu, Ngoma, Nyarugenge and Kicukiro.

This news item is based on reports published on the websites of IGIHE and New Times.

Launch of the Rwamagana District Sanitation Centre, Rwanda, on 5 April.