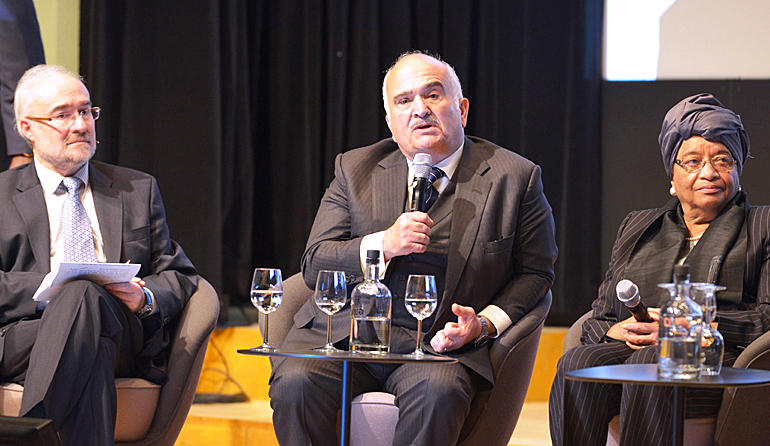 His Royal Highness Prince El Hassan Bin Talal of Jordan, the new chair of the United Nations Secretary General’s Advisory Board on Water and Sanitation (UNSGAB) will present his vision in a keynote speech at the opening of the International Water Week Amsterdam on the 4th of November.

This year's overarching theme is 'Integrated water solutions for a green economy'.

Towards Post-2015 water goals
Prince El Hassan recently succeeded King Willem Alexander of the Netherlands as chair of UNSGAB. UNSGAB is an independent body established in March 2004 by the United Nations Secretary-General, to give him advice as well as to galvanize action on water and sanitation issues.

Within two years, world leaders will assess progress made towards the current Millennium Development Goals, (including the water and sanitation targets) and will likely prepare for a new development agenda for after 2015.

More water for energy and food production
During the celebration of World Water Day in The Hague on 22 March, prince El Hassan bin Talal highlighted the global water challenges including the projected increase in the water intensity of energy, calling for addressing the inter-linkages between water and other sectors, such as energy and agriculture. He stressed that the nexus of water, energy and the human and physical environment needs to be addressed at the supra-national level.
(see top photo of high level forum with Michel Jarraud (left), Secretary-General, World Meteorological Organization (WMO) and Ellen Johnson Sirleaf (right), President of Liberia, and Co-Chair of the UN High-Level Panel on Post-2015 Development (HLP).

Intercultural dialogue
Prince El Hassan is known for his leadership in championing global causes and in supporting intercultural dialogue. Among other initiatives, he launched the International Cultures Foundation in 2002, the Partners in Humanity Dialogue in 2003, and the Parliament of Cultures in 2004.

He has served as Chairman of the Policy Advisory Commission for the World Intellectual Property Organisation (WIPO) and as a Member of the Board of the South Centre. Water management is an issue of central importance to Jordan. 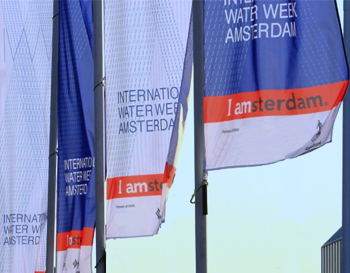 Second edition of IWW Amsterdam
The second International Water Week Amsterdam will take place from 4-8 November. A series of water expert events will take place during the week, offering a unique combination of solutions, policy and science. This year's overarching theme is 'Integrated water solutions for a green economy'.

A large number of international delegations will come to the Dutch capital from all over the globe. During the first edition in 2011, the event was attended by more than 25.000 water professionals.