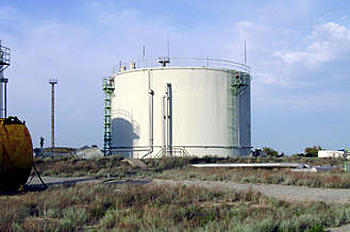 Witteveen+Bos Kazakhstan (WBK) has won a 5 million US dollar engineering contract for Tengizchevroil, the operator of the Tengiz oil field. The project comprises the water handling upgrade of a plant which was constructed at the beginning of this century.

This project is important for the expansion of the oil production and reduces the amount of fresh water intake by introduction of maximum water re-use.

The cooperation has started successfully in March of this year with another wastewater project for the same client.

Follow up of several water treatment projects
Witteveen+Bos started operations in Kazakhstan in 1999 with the design of the drilling islands in the shallow North part of the Caspian Sea and several months covered with ice. Since 2003, WBK has an office in Atyrau, from which wastewater and water treatment projects were developed as one of the main drivers of the presence in Kazakhstan.

Dutch expats staff to Kazakhstan
The total number of permanent employees in Kazakhstan is now over 60 people working from offices in Aktau, Atyrau and Almaty. The number of our Kazakh engineers is still expanding. Frequently several expat staff is working in these offices for several weeks to months.

This press release was originally published in the website of Witteveen + Bos.