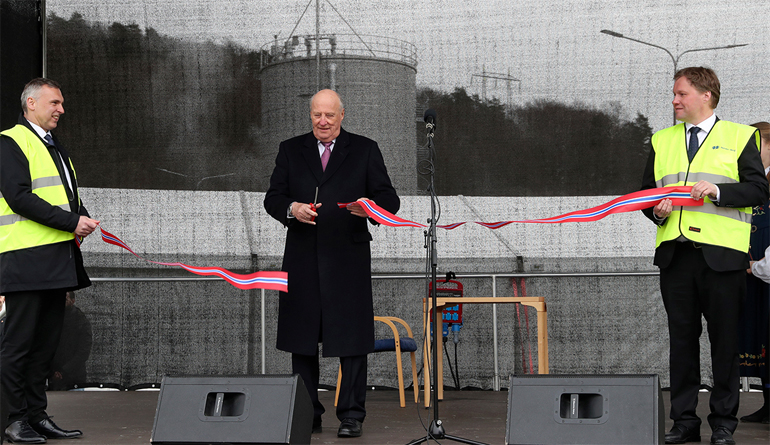 Norske Skog inaugurated its new biogas facility and nanocellulose plant at its Saugbrugs mill in Halden, Norway, in the presence of King Harald V of Norway on 3 April.

Water technology supplier Paques Europe delivered a biological industrial wastewater Biopaq reactor and a Thiopaq installation for the desulpurisation of the biogas produced. 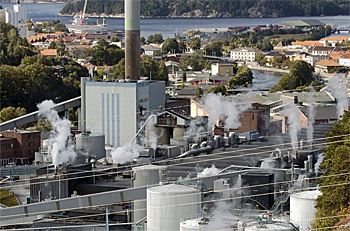 Biogas from waste
The new biogas plant has been under construction for almost two years, and Norske Skog Saugbrugs has invested 150 million Norwegian krone in the project.

The plant is built in conjunction with the existing waste water treatment plant and will use organic waste from the mills paper production to produce renewable energy.

The new facility will provide revenue from sales of biogas, in addition to the reduction of the production cost of the paper mill.

Biofuel for buses and trucks
The biogas will be delivered to AGA, the company that delivers biogas for buses and trucks. Approximately 70 heavy vehicles operated by local public transport company Saugbrugsforeningen will use this fuel, which results in reduced CO2 emissions of about 6,500 tons each year. 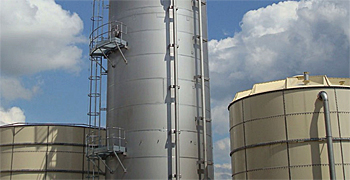 Over 200 of Paques installations treat pulp and paper effluents worldwide

High rate internal circulation
Paques delivered a Biopaq IC that converts organic compounds in waste water to biogas by bacteria in the absence of air.

The IC-version has high rate internal circulation providing excellent mixing of the biomass with the influent.

In this way, effluent discharge costs are reduced and at the same time green energy is produced.

Additionally Paques delivered a Thiopaq scrubber that adds an important step to the IC-reactor by recovering sulfur, a valuable raw material.

Explanation of the Biopaq IC process