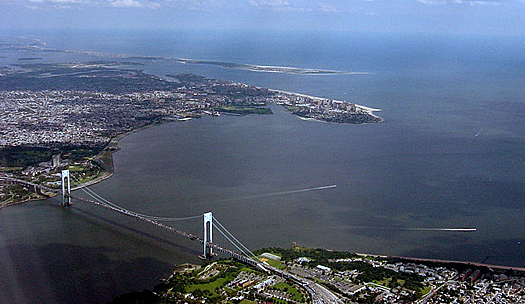 Hurricane Sandy whacked New York so hard, in many quarters it’s still reeling. That superstorm surge of water, roaring over Staten Island and the Rockaways, into New York Harbor, over Lower Manhattan, over Wall Street, into subways and power stations. Into the heart of the biggest city in America. It’s already cost billions.

Is it wise to protect New York with a a storm surge barrier?

Radio reporter Tom Ashbrook of NPR news station posed this question to three specialists and his listeners on November 8.

The reactions were very different.

The radio debate made clear that coastal cities as London, St. Petersburg and Rotterdam, have already chosen for a storm surge barrier, but for New York the choice is not so obvious yet.

The experts that participated in the radio debate were:

More information
Ministry of Infrastructure and environment
The Hague, the Netherlands
+31 70 456 00 00
www.government.nl/ministries/ienm