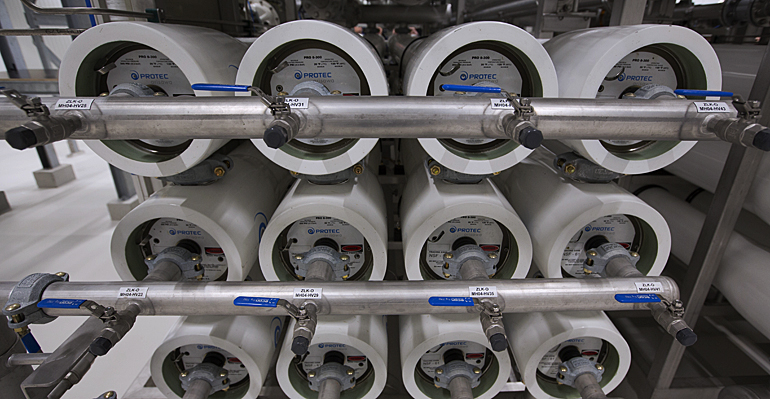 The pilot plant treats 10 m3 bank infiltrate per hour and has the potential to reduce the current number of treatment steps from six to three, necessary for the delivery of good quality drinking water to the Chinese city.

Oasen reports more Chinese cities to be interested in this new technology that can deliver drinking water with superior chemical quality.

Cascade of RO
Salination and pollution of river and groundwater will urge water supply companies to enhance their water treatment process. Many different conventional treatment steps are available such as rapid sand filtration, pellet softening and granular activated carbon.

Oasen choose not to expand the number of different technologies, but, instead, choose to focus on reverse osmosis only. By using a cascade of dense RO-installations, the Dutch water supply company wants to remove all substances, leaving pure water only. 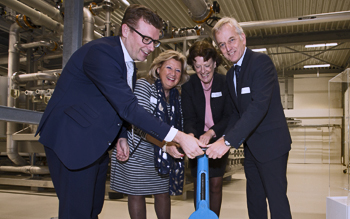 Superior chemical quality
After the treatment, the permeate is remineralised by adding calcium, magnesium and bicarbonate to the water.

As a final step, CO2 and methane are stripped, while oxygen is added.

The superior chemical quality of the drinking water significantly improve the biological stability. The water produced has an ultra-low growth potential, providing a natural limitation on bacterial growth during distribution to customers.

Great interest
According to CEO Walter van der Meer of Oasen, the achievements drew great interest in China. ‘We had a Chinese PhD candidate involved in our research and that has led to good contacts with the Chinese Academy of Sciences’.

Van der Meer: ‘Current Chinese water purification plants consist of six to seven purification steps and our OSRO concept can reduce this to only three steps.’

Furthermore an OSRO installation takes up less space and uses no chemicals, such as caustic soda and activated carbon. ‘That makes it a more sustainable water treatment technology’, according to Van der Meer.

In the Netherlands Oasen has plans to build two or three full scale OSRO-plants at its own groundwater and bank infiltrate treatment stations.

This news item was originally published on the website of Oasen (in Dutch only).