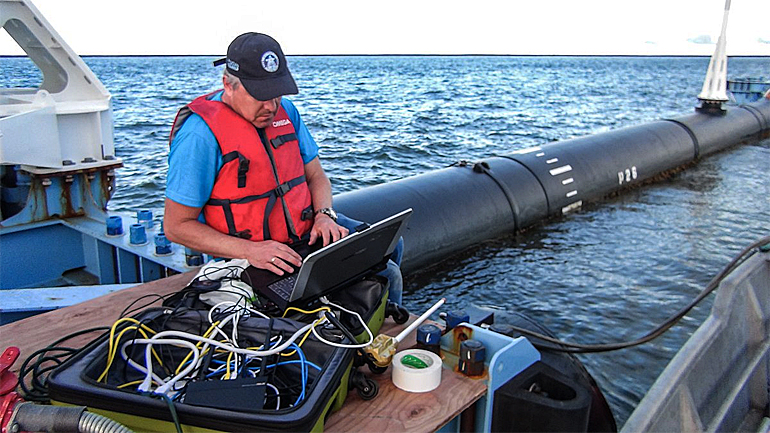 The Ocean Cleanup prototype Wilson 001 has been towed from the Great Ocean garbage patch to Hilo Bay, Hawaii, safely, after one of the end sections had broken off.

All 115 day’s worth of monitoring and collecting test data from the prototype while it was at sea, are now being recovered from its sensors (on top photo: head of IT on location in Hawaii). The team twittered that the data will play a crucial role in the upgrade and the repair of the 570 m long boom. 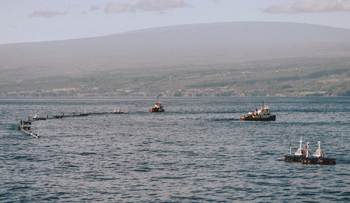 Arrival of Wilson 001 prototype in Hilo Bay, Hawaii, on 18 January.

Analyses brake off and re-design
According to the twitter account the team is still optimistic on the redeployment of an updated version of the prototype. How long that will take is unknown at present as it depends on the analyses of the break off and the extend of the re-design.

Learning by doing
In several interviews CEO Boyan Slat reacted on the setback by pointing out that the collection system is experimental and has never been tried before. The fastest way to find out if it works, was by going out to the ocean and learn by doing, Slat told.

The first deployment learned that the U-shaped boom did capture the plastic but it also floated out again. The team was about to experiment with a wider U-shape, when the end section broke off and the boom had to return to the harbour.