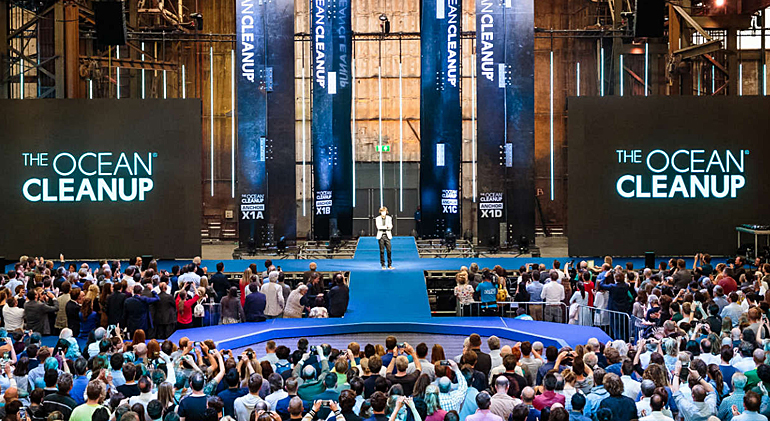 Dutch foundation The Ocean Cleanup announced it will start extracting plastic from the Great Pacific Garbage Patch within the next 12 months. The foundation will use a new developed technology based on floating anchors, instead of the initially planned fixed anchors.

The increased efficiency of the system, allows for the cleanup of half the Great Pacific Garbage Patch in just 5 years.

Reportedly, parts of its cleanup system are already in production. 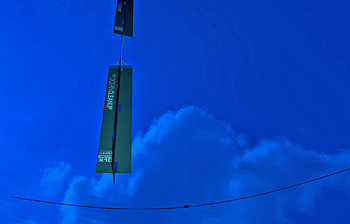 Series of floating anchors (two black structures) are to keep the screen (black line below) in place.

Floating screens
The main idea behind The Ocean Cleanup is to let the ocean currents do the work. An installation of U-shaped screens channels floating plastic to a central point. The concentrated plastic can then be extracted and shipped to shore for recycling into durable products.

The improvements announced involve the introduction of a mobile, or drifting system. Rather than fixing the floating screens to the seabed at great depths, floating sea anchors will be used to ensure the also floating screens move slower than the plastic.

Rather than one massive barrier, the improved, modular cleanup system consists of a fleet of individual, smaller seized screens.

First tests
This new, modular technology and the successful funding round announced on May 3, 2017, enable The Ocean Cleanup to accelerate production, deployment and the actual extraction of plastic from the ocean. Testing of the first system will start off the American west coast by the end of 2017.

With the first deployment in the Great Pacific Garbage Patch in the first half of 2018, The Ocean Cleanup will start its mission two years ahead of schedule.

In front of a live audience of thousands of its supporters, and a large group of followers on-line, The Ocean Cleanup shared details on the improved design, and announced the start of the cleanup. 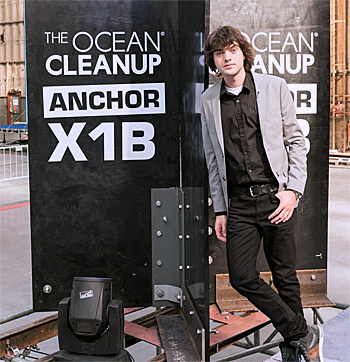 Founder and CEO Boyan Slat next to a floating anchor during the preserntation of the new plans.

Boyan Slat commented: “At The Ocean Cleanup we are always looking for ways to make the cleanup faster, better and cheaper. Today is another important day in moving in that direction. The cleanup of the world’s oceans is just around the corner.”

He added that the large-scale trials of its cleanup technology in the Pacific Ocean later this year are still experimental in nature. "Due to our attitude of ‘testing to learn’ until the technology is proven, I am confident that – with our expert partners - we will succeed in our mission."