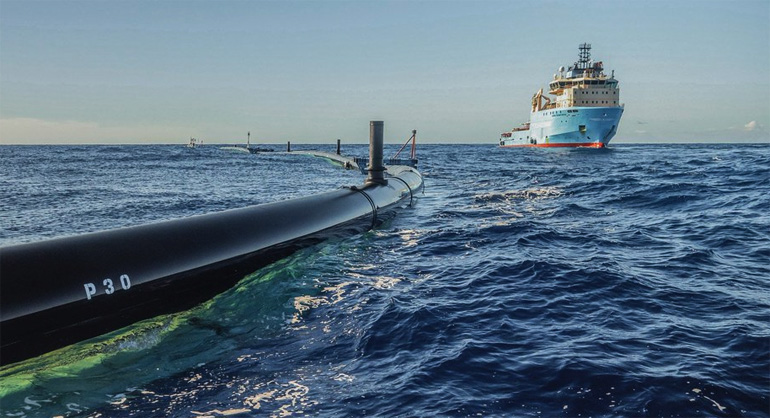 The Ocean Cleanup reported the break-off of a 60 m long end section of its floating plastic collection system operational in the Great Pacific. The fracture has been noticed during a regular inspection on 29 December, and it is hypothesized to have been caused by material fatigue.

Both the 580-meter main section and the 18-meter end section remained completely stable, but the team of Boyan Slat decided to return the whole system earlier to port to repair and upgrade it, than planned. 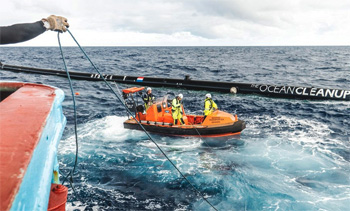 The team tested and evaluated the effects of widening of the U-shape by extending the closing line.

Second set back
It was the second set back reported by the team in short notice. Late November the team reported the first collection of plastic garbage but that it occasionally also drifts out.

The team used GPS-drifters and drones to collect data on the behaviour of the floating system and the plastic garbage. The data is now analysed on why and when the plastic floats out again.

This information will be used to upgrade the world’s first operational system for collecting floating plastic, for instance by increasing the span of the U-shape. This changes the force balance so the impact of the wind increases.

All bulkheads intact
Because of the early detection of the break-off, no material was lost and there have been no safety risks for the crew, environment or passing marine traffic.

All bulkheads are reportedly intact, and the end section has two stabilizers affixed to it, so rollover is not possible.

The fact that the cleanup system orients itself in the wind, is able to follow the waves well and is able to catch and concentrate plastic gives the team confidence in the technology.

The team expects to be back in operation later in 2019.

Look back on the first four operational weeks of the world's first floating plastic collection system and the use of GSP-drifters and drones to collect data on its behaviour to further improve the collection.