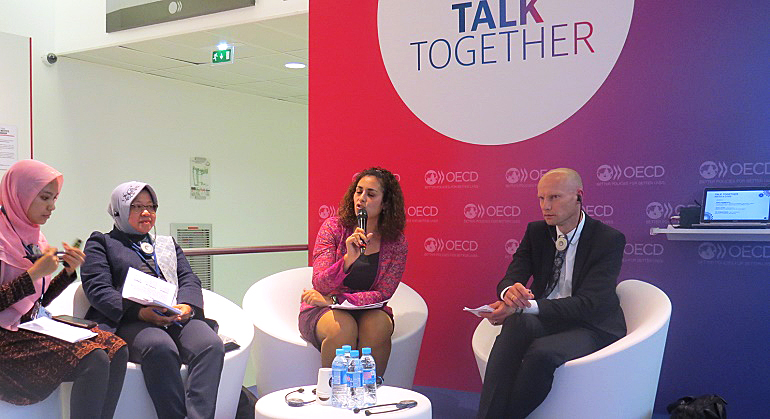 “If citizens cooperate in managing the drainage and sewers in our city, we give them upto 50 percent discount on their property tax”, mayor Tri Rismaharini of Surabaya, Indonesia told at a special session on Water & cities during the OECD 2015 Forum in Paris on 2 June.

Mayor Rismaharini joined a discussion on urban water management together with special Dutch water envoy Henk Ovink. Where Rismaharini told how she tackled the flood and drought problems in her city, Henk Ovink shared his experiences about New York after it was hit by super storm Sandy in 2012. Two remarkable stories on involvement of citizens.

The OECD 2015 Forum is held back-in-back with the annual ministerial council meeting of the OECD. This year the council meeting is chaired by Dutch prime-minister Mark Rutte. As a result the forum includes many Dutch speakers and has some sessions on water issues. 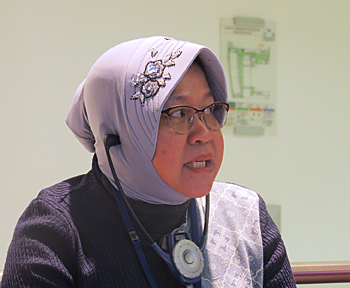 Citizens engagement in Surabaya
“We have been frank with our citizens”, Rismaharini revealed. “We told them that without their cooperation we would be unable to improve the drainage and sewer system. We simply lack the money so the only way to make a change was with their cooperation.”

Before her election as mayor in 2010, Rismaharini worked for the city council for 20 years. With an education background in engineering and architecture she was head of planning. During the session she proudly showed a picture of a new tontine in the city that she actually designed herself.

Holding back rainwater
The citizens were asked to cooperate in a garbage collection system and not to dump it in the drainage canals. In a similar way sceptic tanks were installed for the collection of waste water in areas without connections to the central sewer system.

“This improved the water quality and the discharge capacity in our drainage canals”, the mayor explained the many benefits. “Additionally we built dams to hold back the rainwater and have fresh water available during the dry periods. This reduced the extraction of groundwater and stopped the further intrusion of salt sea water.” Business gets 2 percent tax cut if they invest in green spaces, she added. 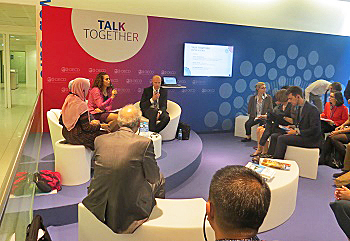 uilding trust
Henk Ovink told about his experiences with the involvement of citizens making the Hunts Point peninsula in New York more flood resilient. “The peninsula has many food distribution centres and when we put the neighbourhood and the companies together to look jointly for options to combine flood protection with improvement of livelihood and economic development, we encountered a great distrust. We started modestly by listening and only with great patience we managed to get the parties at the same side of the table”.

Resilience as part of culture
Ovink held a plea to look at resiliency as cultural and not intuitional. “Building resilience to counter more extreme weather events is an ongoing process that builds on awareness and collaboration. “In the Netherlands we learned there is a gap between the water experts and the public”, said Ovink. He advocated to close this gap and use the huge potential of local knowledge and talent.