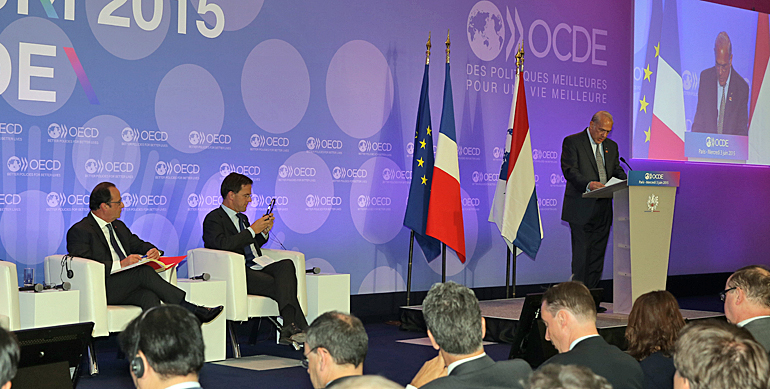 The final statement that ended the 2015 OECD ministerial council meeting mentions integrated water management as a necessity for sustainable development and climate adaptation.

All ministers of the OECD's 34 member countries backed the OECD principles on water governance at the meeting in Paris on 3 and 4 June.

In their 2015 ministerial council statement the ministers invite the Organisation for economic co-operation and development (OECD) to update all existing recommendations on water. 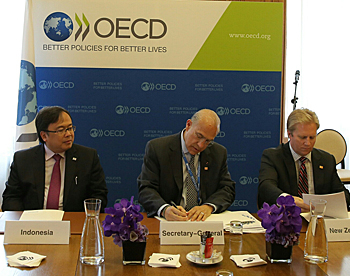 Dutch presidency
It was for the first time in the history of the OECD that water was on the agenda of the annual ministerial council meeting. The meeting was chaired by the Netherlands. As chair of the meeting they used the opportunity to get ministerial approval on the principles of water governance.

The council meeting concentrated on how to get the world economy up and running again, especially by gaining trust amongst investors. Economic growth has to be more sustainable and create more and better jobs.

In their final statement the ministers called for an ambitious Post-2015 Development agenda. They asked the OECD to foster policy coherence for sustainable development and knowledge sharing.

Good water governance
The ministers welcomed the new OECD principles on water governance, which set standards for more effective, efficient and inclusive design and implementation of water policies, and encouraged governments to put them into action.

The 12 water governance principles provide a framework for governments to put in place better water policies and they will be used to develop a broader OECD perspective on water management over the coming years.

The principles were recently presented for the first time at the World Water Forum in Daegu in Korea. 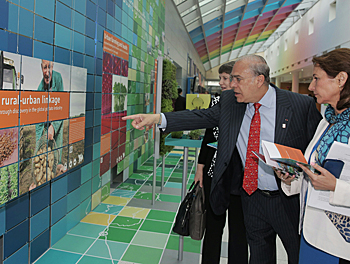 Necessary governmental changes
The working group that prepared the principles is chaired by Peter Glas, president of the Dutch water authorities. Glas reacts positive to the adoptation because of the impact it will have: "It is a set of standards for the implementation of more effective water policies and encourages governments to put these policies into action. There is an important signaling function to the international community to develop a broader perspective on water management, both to the OECD countries themselves, as to the rest of the world."

Glas continues: "National and regional governments and water utilities can use the prinicples to improve their practices, but they can also be used by stakeholders to get in dialogue with their governments and challenge them to make the necessary changes."

According to Glas other organisations have already shown interest, such as the Organization for Security and Co-operation in Europe (OSCE).

The initiative will also continue to offer its services for national assessments. So far the water governance has been assessed in Mexico, the Netherlands, Tunesia and Jordan. 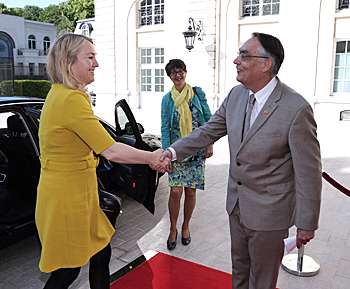 Stakeholder engagement
Dutch minister Melanie Schultz van Haegen participated in the ministerial meeting and noticed a consensus on all twelve principles, including the one on engaging stakeholders in the development of water policies.

According to the minister's spokesperson, there is a difference between countries to which extend they will engage, 'but countries realize that these types of recommendations contribute to the sustainability of their water projects and policies. Ultimately it is up to the countries themselves to choose their own path and decide on what works best in their situation.'

Therefore minister Schultz van Haegen is hesitant to the development of indicators as a next step. She favours the instrument of evaluation 'in order for countries to learn more', rather than 'a system that checks governments in or out'.