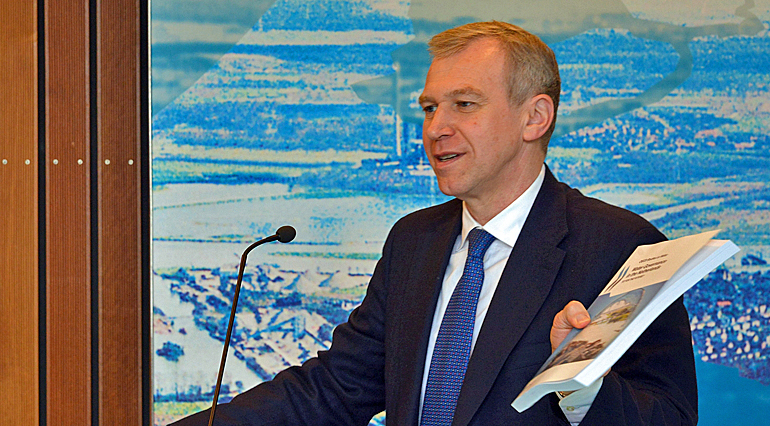 "An 8,5 out of ten", was the score given by OECD vice-president Yves Leterme (top photo) for the Dutch water management, launching the report Water governance in the Netherlands: Fit for the future? in The Hague, the Netherlands on 17 March.

The OECD had been invited by the Dutch government to assess possible adjustments of current governance framework to make it 'fit for the future'. 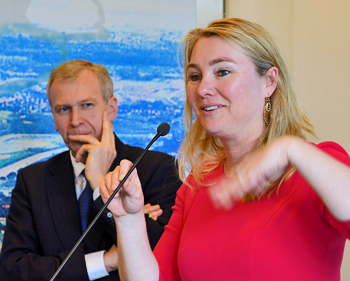 After receiving the report, Dutch minister Melanie Schultz van Haegen (photo right) said she was pleased with the OECD's main conclusion that Dutch governing bodies are considered to be fit for the future.

Schultz van Haegen regarded the study as a encouragement for further improvements.

Looming challenges
Leterme praised the effectiveness of the water management with the long history of containing flood risks and reclaiming land from the sea.

Yet he warned that The Netherlands will need to adapt its water governance policies to meet the looming challenges of shifting demographics, regional development and climate change.

"There is still work to do. Despite the high levels of water safety that has already been achieved", Leterme said.

"Past excellence must not lead to complacency", he warned. "Water policies must adapt to changing conditions to ensure the Netherlands can handle new risks from higher sea and river levels, growing demands on its water supply and increased pollution.".

Greater engagement stakeholders
In the study report the OECD highlights the past successes of Dutch water management, examines potential weaknesses for the future and suggests ways to put the system on a more sustainable footing.

These include fostering a greater engagement of stakeholders outside the government, using economic incentives more systematically and improving transparency of information on water costs. 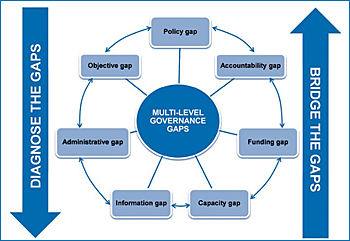 Governments have to manage the inter-related risks of too much water, too little water and too polluted water. OECD identified seven gaps that can prevent implementation of coordinated water policies..

Accountability gap
Surprisingly, the OECD encountered an awareness gap among Dutch citizens in relation to flood risk and availability of fresh water. The perception of water risk is low and there is a high level of thrust in the government.

According to the OECD there is a need to make the public more aware of what is needed to keep the country dry and habitable. It is important for people to understand the need for public investment in water security, the report notes.

More economic incentives
Another recommendation concerns the increasing costs of future water management. The report notes that new housing being built for a growing population must be resistant to floods and able to meet fresh water demands even during periods of drought that may result from climate change.

It suggests developing fully independent accountability mechanisms and making those who generate risks, such as polluters or property developers who build on flood-prone land, bear some of the costs of water management. 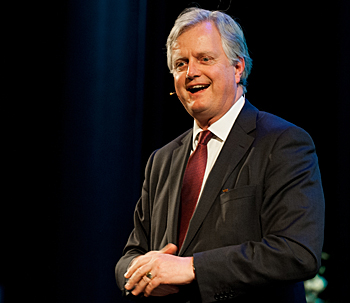 At the 6th World Water Forum in Marseille in 2012 the OECD launched the initiative to develop principles and indicators for effective water governance.

According to Glas, the OECD is very convinced of the importance multi-stakeholder governance. "It is very determined to develop a framework with a set of applicable indicators. Such a framework can only be theoretical as every country has a different kind of water management. That makes the additional national assessments so important. They are more practical".

The OECD published an assessment on the Mexican water management in 2013, now followed by the Dutch assessment. Currently the OECD conducts an assessment of the water governance in Brasil.

The OECD Initiative on water governance aims to launch the principles and indicators on the 7th World Water Forum in Korea in April 2015.

Read the full report on line: Water governance in the Netherlands: Fit for the future?

This news item is based on the press release originally published on the website of the OECD.