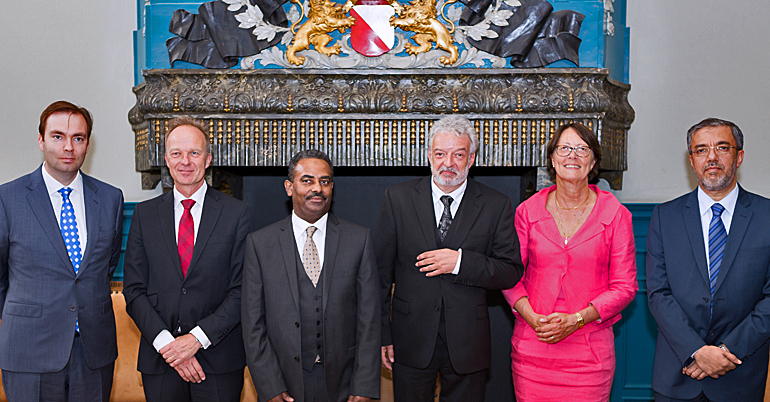 Utrecht University’s Faculty of Geosciences has received a philanthropic donation from the Oman government of 2.5 million euro to continue funding its Quantitative Water Management chair.

An Oman government delegation with Secretary general Habib Al Riyami (right on top photo) of the Sultan Qaboos Higher Center for Culture and Science in Oman, and Sultanate's ambassador Sayyid Mohammed H. Al Said (third left) to the Kingdom of the Netherlands, signed the agreement at the Utrecht University on 22 May. 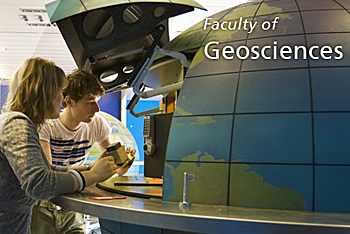 Similar water problems, different solutions
Professor Ruud Schotting holds the Quantitative Water Management chair and his research focuses on similarities and differences in water problems and solutions in the wet deltas of the Western world and the extremely dry areas in the Middle East.

This understanding has resulted in a huge enrichment of both education and research in Schotting’s disciplines.

According to professor Ruud Schotting, water problems in the Middle East are virtually identical to those in the Netherlands, despite major differences in climate. However, the solutions are completely different. 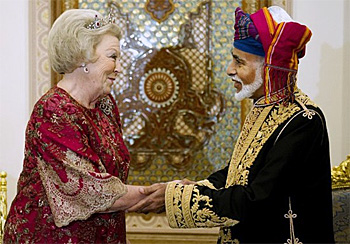 Anniversary of Qaboos's accession
The history of the Quantitative Water Management chair goes back to 2005, when former Dutch Prime Minister Jan-Peter Balkenende created a special chair in Quantitative Water Management at Utrecht University to mark the 35th anniversary of the accession of the present Sultan of Oman, Sultan Qaboos bin Said Al Said.

The chair was originally funded by major Dutch companies with business interests in Oman, such as Shell and Damen Shipyards.

Schotting was appointed to this chair for a five-year period in 2007. Six years later, in 2013, the Sultanate of Oman proposed that it would fund the chair, but from then on as a full-time chair in the Faculty of Geosciences.

Independent research at major universities
Sultan Qaboos bin Said Al Said views science as the ultimate means of bringing cultures and nations together, and has shown this by establishing chairs at various leading universities. He has previously donated funds for fifteen chairs at major universities, including Oxford, Beijing and Melbourne. The Utrecht chair will be the sixteenth.

For those chairs the Sultan does not expect anything in return, other than his name being associated with the chair. The chair holder has full academic freedom.

This news item was originally published on the website of Utrecht University.