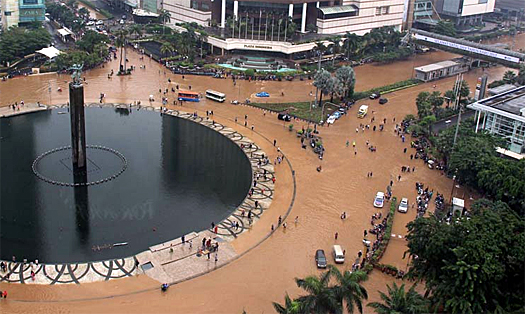 Heavy monsoonal rains have triggered severe flooding across the Indonesian capital Jakarta. On January 16th, many government offices and businesses were forced to close because staff could not get to work.

Authorities said four people were killed and 20,000 had to evacuate.

Although this year's rainy season brought some of the heaviest downpours in five years, Jakarta is frequently hit by flooding.

As part of a memorandum of understanding between the Indonesian and Dutch government signed in 2007, both countries are closely working together to develop a strategy to put the flooding to a hold.

Jakarta Coastal Development Strategy
A consortium of two Dutch consultancies Witteveen+Bos and Grontmij was contracted on December 20, 2012 to develop a master plan for the protection of Jakarta against flooding. The Jakarta Coastal Development Strategy (JCDS) is expected to be ready in two years and should give solutions for the short, medium-and long-term flood problems.

Land subsidence
Previous Indonesian-Dutch cooperation has already identified the causes of the increasing floods. Due to the large-scale extraction of groundwater the northern part of Jakarta sinks up to 17 cm per year. This part of Jakarta already floods regularly. Current land subsidence rates will the whole of North Jakarta sinks below sea level in 2050 and increased damaging floods will hit other parts of Jakarta as well.

This news item is based on a press release (in Dutch only) published on the websites of Witteveen+Bos and Grontmij.

Torrential rainfall put the city of Jakarta to a standstill on January 16th. The most recent flooding killed at least four people and 20,000 were evacuated. 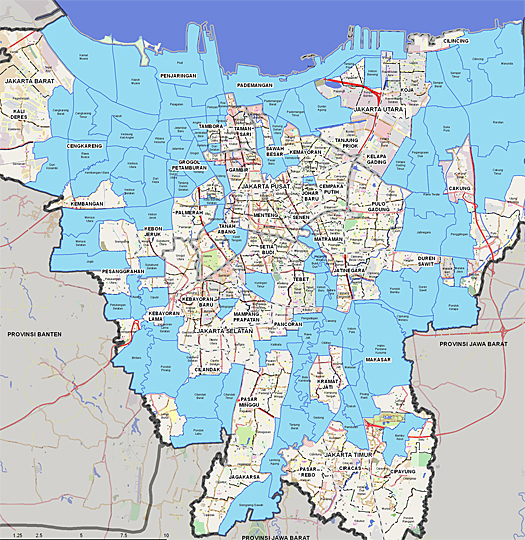