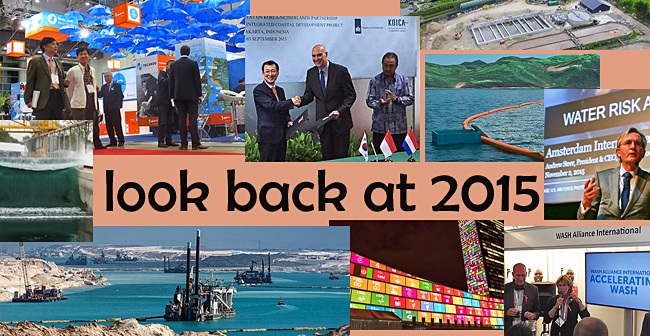 Before bursting into 2016 we bring you the top stories on our website that defined the big achievements made in 2015 by the Dutch water sector.

2015 has been a great year for the Dutch water sector and we published hundreds of great news stories on our online news site.

We think they’re all great, but some rise above the pack.

Ranging from the new Suez Canal, Egypt, the preparations for the Pacific's plastic soup cleanup, the building of new Nereda waste water treatment plants all around the world, to the many contributions by Dutch water professionals at international conferences that addressed the global water issues.

If you like these stories, please keep up with our news stories on this website also in 2016.