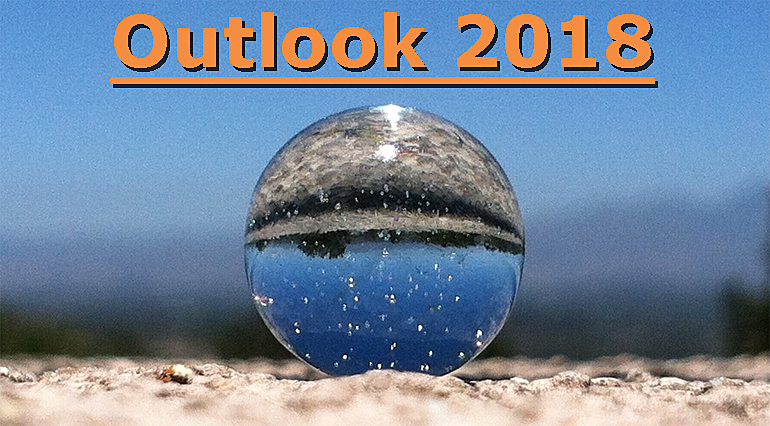 Hello 2018. A new year ahead, full of things that have never been. Undoubtedly, with on-going globalisation and ever expanding social networks. Developments that will create more economic growth but at the same time further widen the gap between the benefiting wealthy citizens and the poor that will suffer most from the water-related disasters. 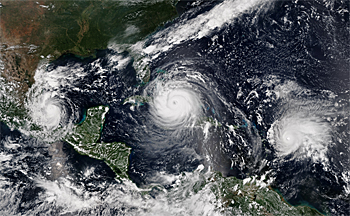 Battering storms
Last year, the Philippines were hit by 20 major storms. Vietnam got 16. The Caribbean islands and the US saw a unique line up of three hurricanes. The number of casualties was relatively low as early warning systems and evacuation schemes continue to improve.

Nevertheless, the damage because of water-related disasters continues to increase. Insurance companies report their most expensive year ever, including the colossal 180 billion dollar damage caused by hurricane Harvey in Texas.

2017 put flood protection back on the global agenda for 2018. Insurance companies have the choice to turn down claims or to increase their premiums. Either way, it seems that disaster prevention, as advocated by the Netherlands, is gaining over disaster response. 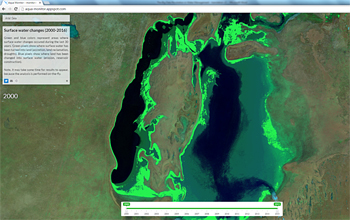 Linking satellite data, e.g. the change of the Aral Sea between 2000 and 2016 (new land in light green) as gathered by Deltares, to real down-to-earth water management remains a big challenge.

Remote control
What else can we expect in 2018? it will again be hard to keep up with rapid technological changes. The Internet of Things and the vast amount of its big data, in combination with new algorithms, will add many new possibilities for more precise control of infrastructures. Water services will become more important than the infrastructures itself.

Automation with self-learning machines will further shape the 4th industrial revolution. A unique opportunity to combine this huge industrial reform with the introduction of a full circular economy. However, it will take strong political leadership to close the gap between the output of waste products and the input of raw materials. Who will set ‘zero-liquid discharge’ as the new global standard for waste water? 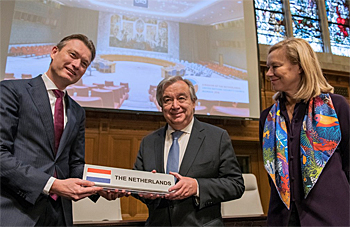 Conflict prevention
The Netherlands will be a member of the UN Security Council this year and will chair it in March. The Dutch government is ambitious and Dutch foreign minister Halbe Zijlstra and foreign trade and development minister Sigrid Kaag have teamed up for an ambitious agenda.

One item on their agenda is the prevention of new conflicts and humanitarian crises through improvement of people’s livelihoods. Water supply and water conservation can be key elements to prevent political tensions.

Calling for concrete action, a declaration was signed in The Hague in December. Vital water infrastructure was one of the focal points in the declaration, specifying food shortages in Africa’s Lake Chad Basin, security in Mali and water management in Iraq. 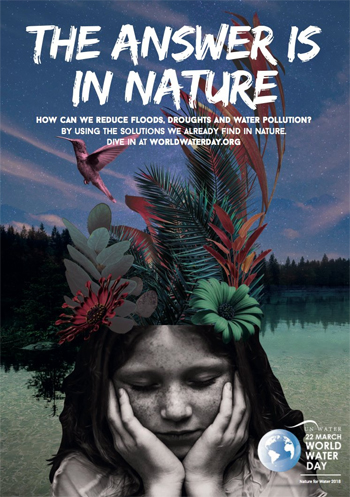 The theme of World Water Day on 22 March will be 'Nature for Water'.

The answer is in nature
This year’s motto of the World Water Day on 22 March will be ‘Nature for Water’. UN Water will undoubtedly propagate this motto where ever it can. For instance at the 8th World Water Forum that will take place in Brazil in March.

The forum will also be the place for the working group of the High Level Panel on Water to present the final document that concludes the five principles on how to value water beyond pure economic considerations and beyond full-cost recovery.

More importantly however, will be the publication of the United Nation’s synthesis report on water and sanitation, covering the ambition of the Sustainable Development Goal #6 on water. This special report is expected to be published in June and will provide input to the discussion of SDG6 at the annual UN General assembly in September.

Hard to predict
The construction of floatable cities is the ultimate solution to sea level rise. Technical feasible in sheltered waters of threatened small island states or coastal cities. Who will be the first developer to take on such a huge challenge? The eyes are on PayPal-founder Peter Thiel of the Sea Steading Institute.

Thiel signed a Memorandum of Understanding with the French Polynesian government to realise the world’s first floating island in Tahiti by 2020. It is hard to predict whether Thiel will start the real construction of his village project in 2018.

Fact in 2018
Fact is that in 2018 the Dutch football team will not participate in the World Cup in Russia in June. The team’s disqualification was a national trauma. Given its ambitious international agenda, the appearences of the Dutch water sector will certainly make up for this.

The Dutch water sector realizes that water does not stop at borders and invites everybody to team up in 2018 for the development of long term solutions.