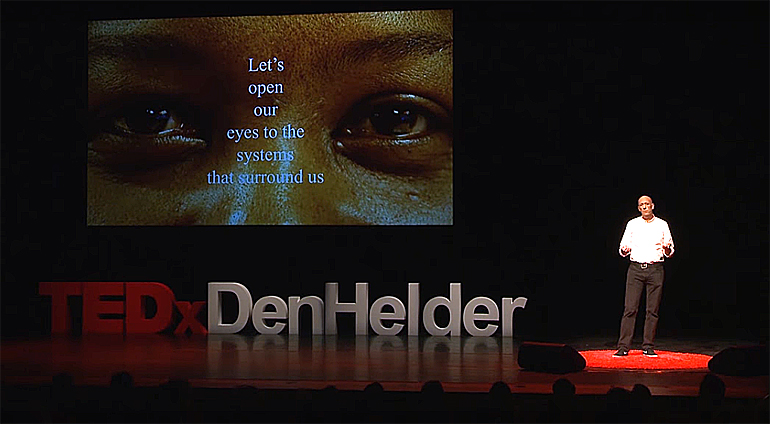 “Let’s face it. It is when the water doesn’t get out of the tap, we begin to notice the system”, noted Patrick Moriarty of knowledge centre IRC on water and sanitation services. Holding his first TED talk he addressed the general blindness for water systems and tendency to see only what they deliver. Moriarty urged to focus more on the whole water supply in developing countries. “The only way we are going to end the need for development aid, is by building a system." 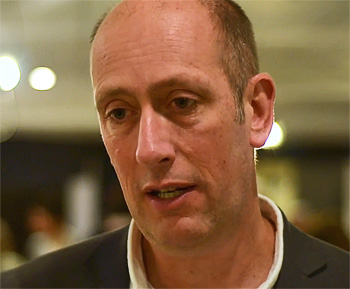 IRC CEO Patrick Moriarty: "It's about the systems".

System blindness
"We live in a world surrounded by complex systems that deliver health, education and water, sanitation and hygiene to us”, Moriarty explained. “Despite this we are largely blind to them. In both the rich and developing world this ‘system blindness’ is responsible for failed investments and poor services on a huge scale.”

“What can we learn from people who are building systems in developing countries? What are the long term costs of quick wins?", he asked himself.

Lack of appreciation
Patrick Moriarty is an engineer with more than 20 years of experience building sanitation systems in South Asia and Africa. He has been with IRC since 2000. In his TED talk he referred to his work in Ghana where he worked on a nationwide project to create ‘a healthy water system that can repair itself’ as he mentioned it.

The system blindness leads to a lack of appreciation of the system that delivers the water, said Moriarty. “It means that now up to today 30 percent of the installed water infrastructure in rural Africa is not working at any time. Billion dollars of aid, flushed down the drain.

Systems within systems
Moriarty talked about systems within systems. “Systems that rely on people, on money, on infrastructure and on information, to make them work. Here the crazy thing comes in. For a water system to work, for water to come out of the tap, or things to happen when you flush the toilet, the whole system has to work, all the time”.

When the system fails, there has to be an ability to repair it, he went on. “Pipes break down, taps stop working. Shit gets into the environment, kids get sick and die. But because we are system blind, we make stupid decisions.”

The whole system of sanitation.

Moriarty shared his four years of experience in Ghana, not building a single pump or a single meter of pipe. “We took away the system blindness. We made them aware why so many water systems were failing and made them decide to do something about that”.

“We planned, we budgeted”, he continued. “Not just for new hardware, but also to fix the stuff that was already there. We brought back water services to thousands of people.”

Full recording of the 12 minute TED-talk by IRC-director Patrick Moriarty.