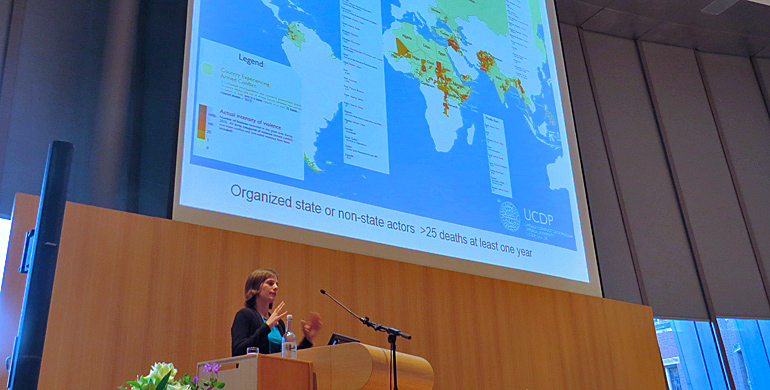 Of all organized violence that recently arose in Africa and Asia, none can be directly linked to water scarcity. That was the good news brought by assistant professor Nina von Uexkull at Uppsala University, Sweden, at the second Planetary Security conference in The Hague, the Netherlands.

As a researcher Uexkull is involved in the development of a system for early warning of armed conflicts. Uexhull’s contribution focusses on the dynamics of climate change, such as droughts. Her bad news was that water scarcity is one of the very powerful drivers of armed conflicts, next to poverty and politically marginalised groups.

The Planetary security conference took place in the Peace Palace on 5 and 6 December in The Hague and included several workshops on the water-related issues of climate change and prevention of conflicts.

The conference is part of the Planetary Security Initiative launched in 2015 by the Netherlands Ministry of Foreign Affairs. 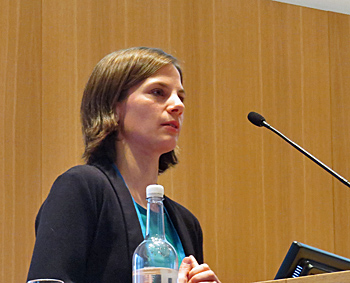 The scientific community has not yet reached consensus on such a specific link between climate and political violence and scientists are studying the climate-conflict linkages in relative simple and direct manners.

Uexkull studied all armed conflicts in Africa and Asia that started the past 25 years and did not find such direct linkage to the eruption.

However, her study showed that droughts in growing season, can lead to poverty in rural areas. This can be of paramount importance when this hits a group that is excluded from political power.

She specifically mentioned Africa where groups constantly fighting for power. 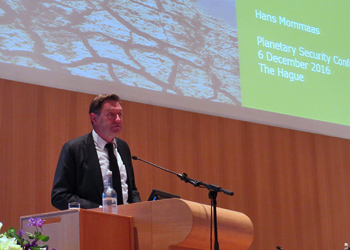 Global accountability platform
The issue of potential action at global level was addressed by director-general Hans Mommaas at PBL Netherlands Environmental Assessment Agency. He suggested to monitor the progress by nations to implement their climate adaptation plans. “The effects are piling up”, Mommaas said. “It is not about water scarcity only. It is also about the growing demand for biomass as an alternative fuel, about more hydropower that displaces people in transboundary river basins.”

Mommaas advocated the creation of a global accountability platform. “We have to cope with many uncertainties to solve these wicked problems. There is not one solution. We need adaptive and learning strategies.”

According to Mommaas such a global platform can monitor the implementation of such strategies and explore the global dimensions and exchange best practises.

The workshop was hosted by PBL Netherlands Environmental Assessment Agency and research institute Deltares that will publish a policy brief on the relation between climate, water and conflicts. The input from the workshop will be used in this policy brief.

More information
The Hague Institute for Global Justice
The Hague, the Netherlands
+31 70 30 28 130
www.thehagueinstituteforglobaljustice.org 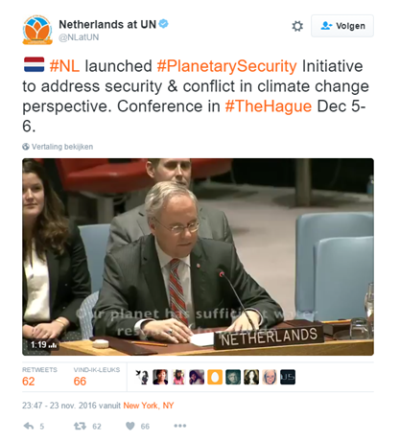