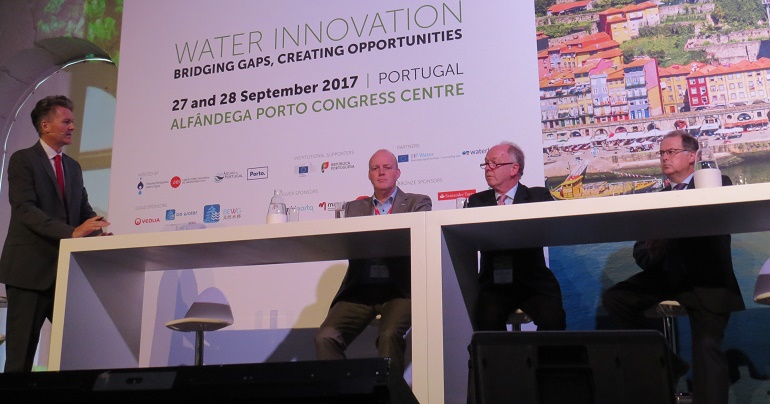 ‘The water challenges are not the same everywhere. Every region is different’, remarked president Diane d’Arras of the International Water Association during one of the panel sessions of the 4th EIP Water Conference in Porto, Portugal.

The conference focuses on water and the circular economy, two important issues of the EU policy. D'Arras brought an important nuance into the discussion by pointing out the different levels of the water cycle. She called it the different diameters. 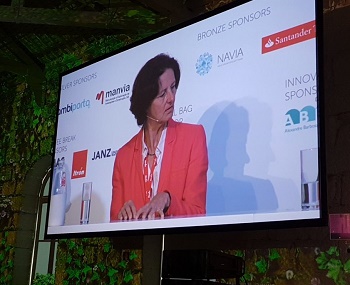 IWA president Diane d’Arras called to differentiate the scale of the water cycles that is to be closed.

Not one universal standard
Accordingly, D’Arras gave the example of the water use in the United States where the daily average is 300 liter per day, and in Europe only 110 liter. ‘Is it wise to introduce a minimum standard for both regions’, she asked herself. Nevertheless, she added that the reduction of water use firstly, remains as a principle worldwide.

Different circles
The regional insights brought D’Arras on the different levels of the water cycle. ‘We need to take in consideration the diameter of the circle’, the IWA-president said. ‘There are big differences in a water cycle in a house, a company, a utility or a country. To make this difference it is also important to work on water issues with stakeholders, such as consumers, farmers and energy producers.’ 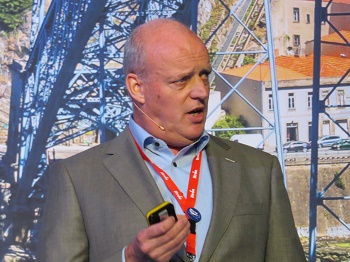 General manager Arjan Boogaards of Nalco Water challanged the global industry to drop its water use by 50 percent.

Big data
General Manager EMEA, Arjan Boogaards at Nalco Water, gave an update on the use of big data to reduce the water use in the industry worldwide. As supplier of water treatment chemicals, his company has installed over 10,000 monitoring devises to monitor the water use at industrial sites. ‘We collect this data and use it as big data to create awareness’, Boogaards explained.

Monetizing water risks
Recently Microsoft joined this initiative to speed up the handling of all the data in a cloud platform and a pricing model. ‘By using our Ecolab water risk monetizer tool, companies can enter their water use data and this is translated in water scarcity risks. Specially for the company’s board room this risk assessment is produced in understandable financial terms’.