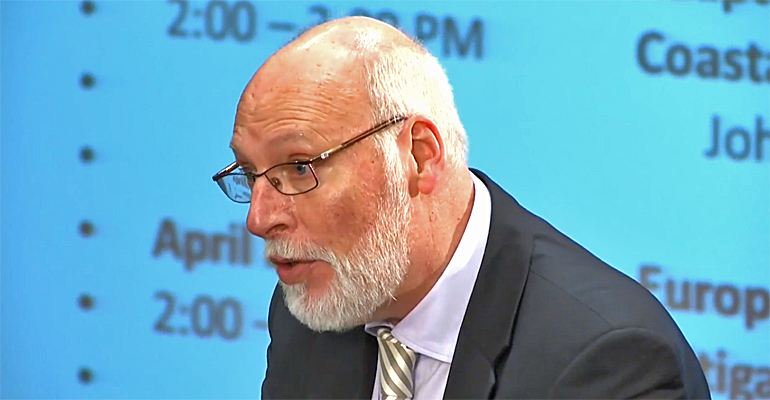 For his contributions to hydraulic engineering, professor Marcel Stive of Delft University of Technology has been awarded with the 2015 International Coastal Engineering award by the American Society of Civil Engineers (ASCE).

According to ASCE Marcel Stive deserved the award 'for his innovative research and educational contributions to the field of coastal engineering and for his public service to his own and other countries'.

The award will be handed out at in September during the 2015 Coastal Structures and Solutions to Coastal Disasters Joint Conference in Boston, USA. 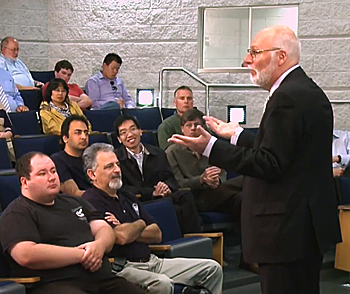 Professor Stive is Department Head Hydraulic Engineering at Delft University of Technology and has a long experience in research and projects in the fields of hydraulic engineering, coastal morphodynamics, coastal biogeomorphology and coastal and estuarine management.

Stive is one of the inventors of the Sand Engine, a 128-acre artificial peninsula off the Dutch coast that has been created as an innovative way of beach nourishment.

Recently Stive was also awarded the biannual Coastal Award that will be presented to him at the Coastal Sediments conference in May 2015 in San Diego, USA

About professor Marcel Stive
Marcel Stive studied Civil engineering at the Delft University of Technology, where he graduated in 1977 and received his doctorate in 1988. After graduating in 1977 Stive started working at WL-Delft Hydraulics, where he worked until 1992.

In 1992 he became a professor at the Polytechnic University of Catalonia in Barcelona, Spain. In 1994 he returned to WL-Delft Hydraulics and at the same time began to work as a professor of Coastal Morphodynamics at the Delft University of Technology.

Since 2001 Stive is a professor of Coastal Engineering at Delft University of Technology and he is the scientific director of the Water Research Centre Delft since 2003.

About ASCE International Coastal Engineering award
The American Society of Civil Engineers represents more than 145,000 members of the civil engineering profession in 174 countries.

The ASCE International Coastal Engineering award was established to provide international recognition for outstanding leadership and development in the field of coastal engineering throughout the world.

It was endowed in 1977 to provide international recognition for outstanding leadership and development in the field of coastal engineering.