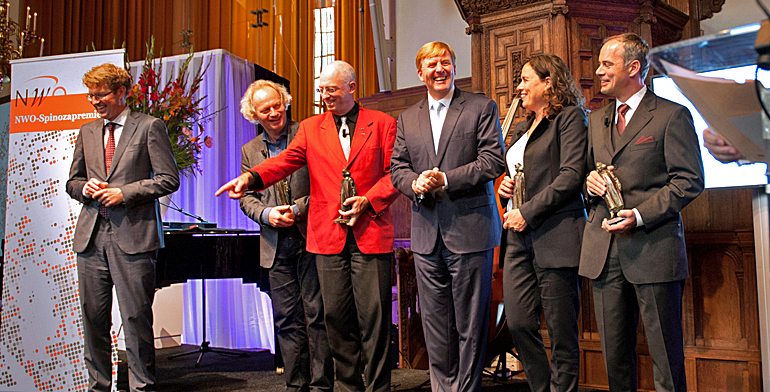 Professor Environmental Technology Mark van Loosdrecht of the Delft University of Technology, was one of the four Dutch top scientists to win this year's NWO Spinoza Prize.

Van Loosdrecht (top photo in red jacket) received the award for his research on cultivation of bacteria, such as for the biological treatment of waste water.

One of his best known cultivations is the Anammox-bacteria for the removal of nitrogen. Loosdrecht has also contributed to the fundamental research on a special granule that is used in the energy efficient Nereda waste water treatment technology.

The NWO Spinoza Prize was handed out by Dutch King Willem-Alexander (third right) on 9 September. All four professors receive 2,5 million euro each to continue their scientific work.

An NWO Spinoza Prize is both a personal honour as well as a major financial boost for further research. With the Spinoza Prizes, NWO strengthens top research in the Netherlands. 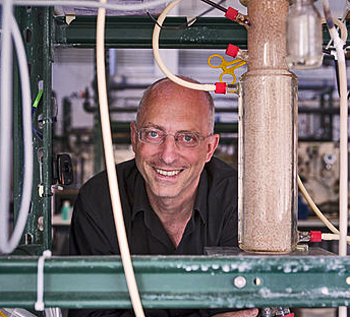 Converting waste into raw materials
On occassion of the hand out ceremony Van Loosdrecht announced his prize money intensions: "The prize offers me the opportunity to expand my research into microbial diversity on earth. Only about one percent of microbial life has been characterised up until now. The research must provide more insight into microbial ecology. That knowledge can be used to develop new processes to convert waste into raw materials. These processors will contribute to the development of the circular economy and making our society even more sustainable still."

Also in 2012 he was nominated for the European Inventor Award (EIA) in the category research.