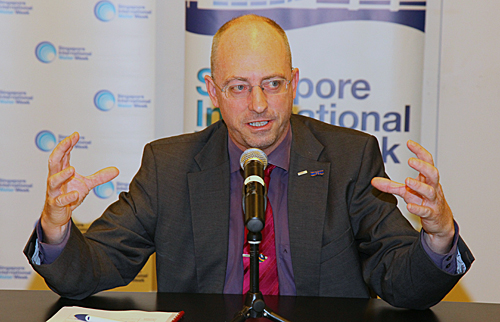 Singapore International Water Week announced that Mark van Loosdrecht has been awarded the Lee Kuan Yew Water Prize 2012 for his breakthrough contributions in creating sustainable solutions in the field of wastewater treatment. Van Loosdrecht is professor at the Delft University.

The highlight of the Singapore International Water Week, the Lee Kuan Yew Water Prize is an international water award that recognises outstanding contributions towards solving global water problems by either applying technologies or implementing policies and programmes, which benefit humanity.

Discovery of unique group of bacteria
As the fifth recipient of the Lee Kuan Yew Water Prize chosen from over 61 illustrious nominations received from across 25 countries, professor Van Loosdrecht is recognised for pioneering an innovative biological process that provides a cost-effective, robust and sustainable way to remove unwanted pollutants from used water.

This was made possible by the discovery of a unique group of bacteria which removes pollutants in used water using less oxygen and no added organic carbon compared to conventional processes. His process named Anammox can greatly reduce the overall energy consumption, chemical usage and carbon emissions of conventional used water treatment plant. 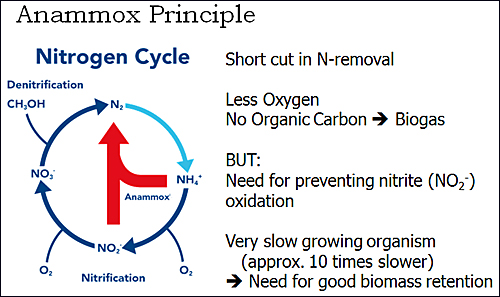 At the heart of the Anammox process is a unique group of bacteria that possesses a unique set of enzymes which enables them to convert ammonia to harmless nitrogen gas. The end result is a significant reduction in the energy consumption in used water treatment.

Paradigm shift in water industry
Commenting on professor van Loosdrecht’s achievement, Mr Tan Gee Paw, Chairman of the Lee Kuan Yew Water Prize Nominating Committee said, “Professor Van Loosdrecht’s technology is set to create a paradigm shift in the used water treatment industry. The adoption of such energy-saving technology is essential for used water treatment plants seeking complete energy self-sufficiency and will be the future for the used water treatment industry. For that, the Lee Kuan Yew Water Prize celebrates Prof van Loosdrecht’s outstanding achievement in the development of Anammox and honours his relentless pursuit for highly sustainable technologies that are critical for the future sustainability of urbanised cities.”

Marrying nature and engineering
The road to the development of Anammox process was not an easy one. Although the theoretical possibility of such a process was theorised as early as the 1970s, it was only until the 1990s that researchers at the Delft University of Technology discovered the group of bacteria responsible for this phenomenon. Prof van Loosdrecht then devised the engineering tools and systems to deliberately harness the natural properties of these bacteria. His ground-breaking work in marrying nature and engineering has formed the basis for many variants in use today and this technology is seeing increasing adoption worldwide.

“I am truly humbled to receive one of the most prestigious awards recognised in the water industry and among our profession. With this award, I am further encouraged to ensure that my technologies and research will continue to help create more sustainable solutions that are applicable to our modern world while protecting the quality of precious water,” said Prof van Loosdrecht.

First Anammox plant in Rotterdam
Prof van Loosdrecht was instrumental in building the world’s first demonstration plant using the Anammox process in Rotterdam. As of January 2012, there are 16 referenced full-scale Anammox plants implemented by Paques (licensee of Prof van Loosdrecht’s technology) and more than 30 full-scale variant plants in Netherlands, Austria, China, Japan and USA in operation around the world. Singapore is currently conducting a pilot trial of the anaerobic ammonia oxidation process at its water reclamation plant and this has shown positive results. National water agency PUB is looking into the adoption of this technology to improve energy efficiency.

Van Loosdrecht has dedicated his career to pushing the boundaries and challenging the paradigms in used water treatment. Aside from Anammox, Prof van Loosdrecht is also credited with the development of Sharon®, Nereda®, CANON® and BABE®.

The Lee Kuan Yew Prize award ceremony and banquet will be held at the Marina Bay Sands, on 2 July 2012 during the Singapore International Water Week 2012, the global platform for water solutions. As the winner of the Lee Kuan Yew Water Prize 2012, Prof van Loosdrecht will deliver the 5th Singapore Water Lecture prior to the award ceremony, where both the Water Prize and the World Cities Prize will be presented to the respective laureates.

This press release was originally published on the websites of SIWW and Delft University.