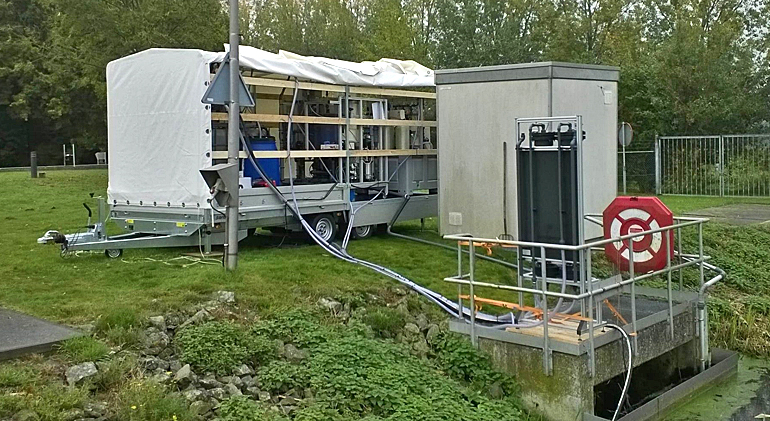 Even advanced municipal wastewater treatment plants are only able to remove 60 to 70 percent of all pharmaceuticals from the incoming sewage water. The remainder is discharged with the effluent into surface water.

More organic material
Additional treatment of the effluent is the most obvious way to remove the remaining pharmaceuticals, as well as other micro pollutants. However, given that most pharmaceuticals are hydrophilic and freely water-soluble, they are not easy to remove. 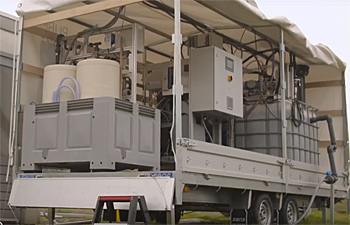 Two-step process
This brought PureBlue Water to the idea to use ion exchange, as a first step, so that the subsequent oxidation can be more effective.

This two-step process has a much lower energy consumption, making the estimated cost of the total process comparable to that of other processes, such as filtration over activated carbon and ozonisation.

After having been tested in principle in a laboratory, the method was successfully piloted on a large scale at wwtp Panheel, the Netherlands.

The ion exchanger did indeed remove the humic acids from the effluent. This improved the water quality to the point where the oxidation process became far more effective.

The two-step removal approach has attracted a great deal of interest among institutions in the Netherlands and abroad.

This news item was originally published on the website of KWR Watercycle research institute and Topconsortia Kennis en Innovatie: Watertechnologie (in Dutch only).

Video presentation of the pilot project with the two-step removal of pharmaceuticals from wastewater.