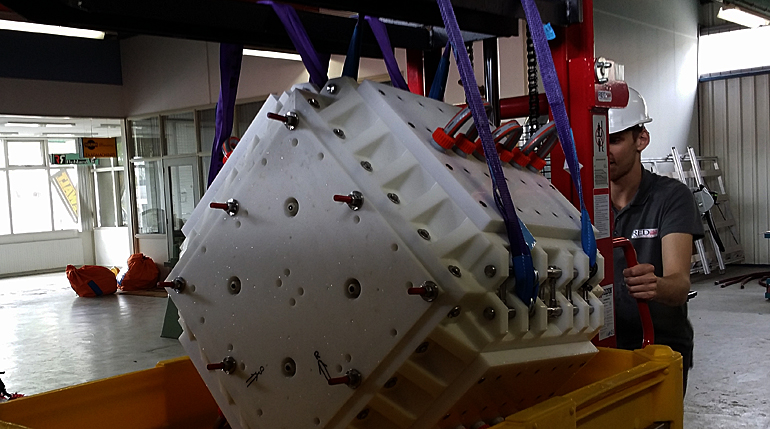 With a small modification to one of its membrane stacks, REDstack will soon be able to start its first production of fully green hydrogen at the Blue Energy plant on the closure dam Afsluitdijk, the Netherlands.

Smaller membrane modules
In fact, right from the start in 2014, the pilot plant already produced a small amount of hydrogen as an unintended side effect of the RED process. This side effect was considered as an inevitable loss as it did not contribute to the production of electricity.

Because of the growing demand for hydrogen, as a replacement for fossil fuels, REDstack decided to rearrange one of its membrane stacks. Instead of stacking many membranes into one big module (on top photo), the new configuration has a smaller amount of membranes in the modules, but the amount of modules is bigger. 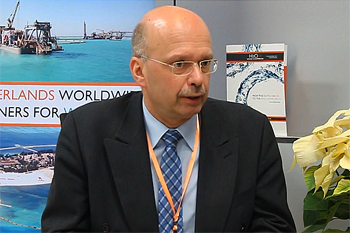 Director Pieter Hack of REDstack says that he is looking for a business partner to roll out the fully green hydrogen to the market as a fuel.

Huge potential
According to REDstack, a Blue Energy plant on the mount of the river Rhine estuarine, where the fresh river water meets the salt water of the North Sea, has the potential to produce - free of CO2 - 1.6 billion Nm3 of H2-gas.

The firm expects its first hydrogen to be produced by mid 2019. "Our next focus is on the delivery conditions of the hydrogen as a fuel. It has to be clean and deliverable at 700 bar", said director Pieter Hack of REDstack.

"We need to find out what is needed to upgrade our production to meet the specifications of the clients", added Hack. "We are actually looking for business partners for this roll out to the energy market".

The firm recently started talks with the Port of Rotterdam on a REDstack plant for fully green direct production of hydrogen.

About REDstack
REDstack is a Dutch spin-off company from water technology research centre Wetsus and was founded in 2005. It's mission is to develop and commercialise reverse electro-dialysis (RED) and related technologies. Theoretically, with 1m3/s river water and an equal amount of sea water approximately 1 MW of renewable electricity can be recovered.

The first pilot plant is operational on the closure dam Afsluitdijk since 2014, producing 50kW of electrical power.

Explanation on how REDstack produces electricity from the difference in salt gradient between salt and fresh water.