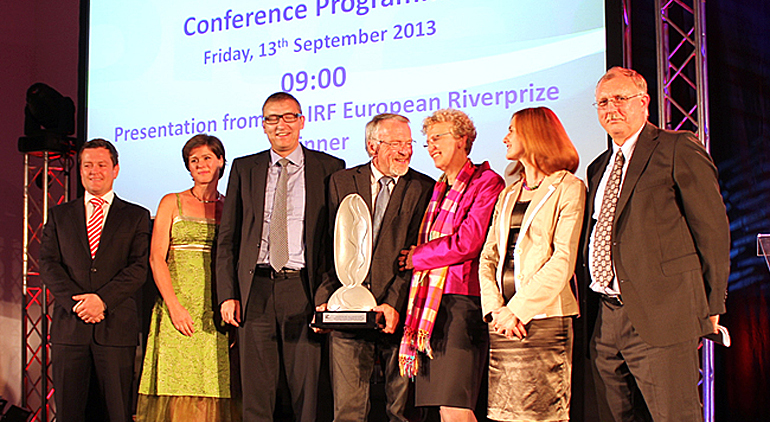 The International RiverFoundation announced that the Rhine river commssion has won the first IRF European Riverprize for outstanding achievements in sustainable river management.

The prize was handed out during the 5h European River Restoration Conference, Vienna, Austria on 12th September. Executive Secretary Ben van de Wetering and Deputy Secretary Anne Schulte-Wülwer-Leidig (middle of photo) received the prize on behalf of the International Commission for the Protection of the Rhine.

The other finalists in the 2013 IRF European Riverprize were the Órbigo River, the Upper Drau, and the Mura-Drava-Danube.

The award is endowed with 25,000 euro and additional support of twinning activities. 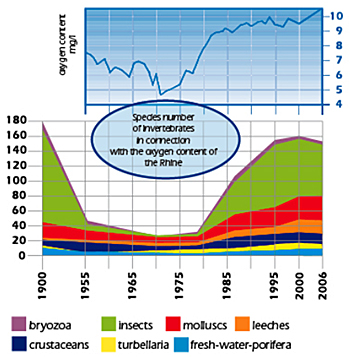 Return of the biocoenosis of the Rhine since 1980 when riparian states started to implement the water quality policy as agreed within the International Rhine Commission.

The International Commission for the Protection of the Rhine (ICPR), and other stakeholders in the basin have successfully implemented urban wastewater management strategies and dramatically improved the water quality of the Rhine.
Additionally, in the past 15 years, the adoption of new, integrated policies has resulted in the restoration of a substantial area of floodplains in the densely populated Rhine delta.

Leadership in river basin management
The European Riverprize Judging Panel, comprised of an all‐European panel of experts, selected the River Rhine as the winner as they were able to clearly demonstrate leadership, sophistication and an integrated, complex approach to river basin management whilst overcoming a range of challenges and achieving real on-ground outcomes for river and species health. 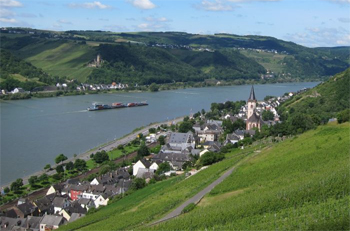 The River Rhine will now automatically qualify as a finalist for the Thiess International Riverprize in 2014.

This news item was originally published on the website of International River Foundation (pdf file).