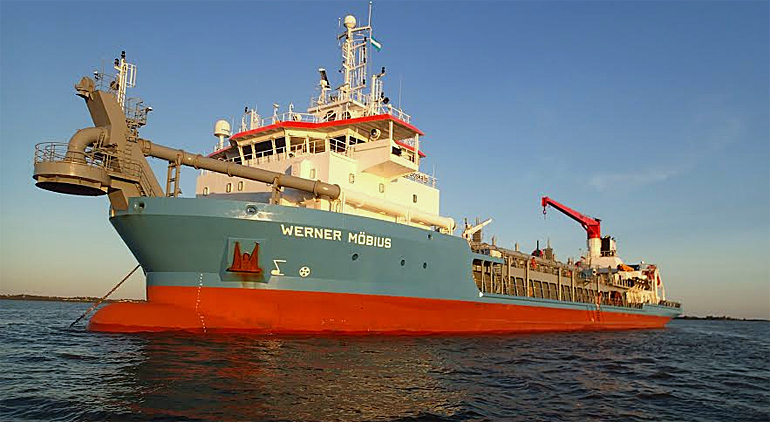 Royal Boskalis Westminster has been awarded a 5-year contract by the Comision Administradora del Rio de la Plata (CARP), for the capital and maintenance dredging of the Martín García channel, located between Uruguay and Argentina in the northern part of the Rio de la Plata estuary.

The contract carries a total value of approximately 110 million Euro for the 50/50 joint venture with DEME. Signing of the contract is expected to take place in the coming weeks.

In 2016 Boskalis carried out a previous maintenance project on the channel (see top photo). 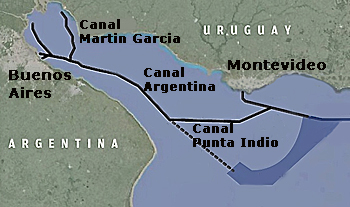 The Martín García channel is the main access channel to Uruguay's second largest port, Nueva Palmira, as well as to the Rio Uruguay.

Deepening of canal
The main objective of the dredging program is to deepen the canal and subsequently maintain a depth of 34 feet over the contract period.

The maintenance contract requires the annual removal of 5 million cubic meters of mainly sand and silt, over a subsequent period of four years and will be carried out with a trailing suction hopper dredger.

Argentina-Uruguayan river commission
The Canal Martin Garcia is a waterway between the River Plate and the Uruguay river, and is shared by Argentina and Uruguay.

The bilateral commission Comisión Administradora del Río de la Plata (CARP) oversees the River Plate basin, and among other issues, the upkeep of the Martin Garcia Canal which serves the Uruguayan coast.