The contract includes all offshore elements of the wind farm, with the exception of the wind turbine supply.

The project is scheduled to commence in September 2017. The contract carries a value for Boskalis of well in excess of 100 million euro. 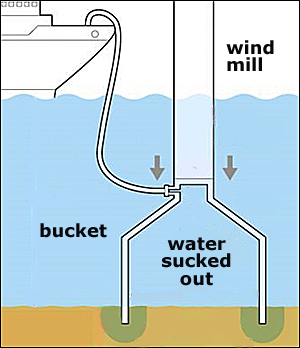 Suction bucket jacket foundations
Aberdeen offshore windfarm is located approximately 3 kilometers off the coast of Aberdeen, United Kingdom. The wind farm will consist of eleven wind turbines with a capacity of 92.4 MW.

The scope of the activities for Boskalis includes the design, procurement, fabrication, supply, transportation and installation of eleven suction bucket jacket foundations and scour protection.

The use of suction bucket jacket foundations in conjunction with the large wind turbines and the use of high capacity 66kV power cables makes this project unique.

Own assets
The foundations and cables will be transported and installed with own assets, including a fall pipe vessel, transport barges, a large floating sheerleg crane and a cable laying vessel (seen on top photo is cable lay vessel Ndurance).

Completion of the project is expected in the second quarter of 2018.