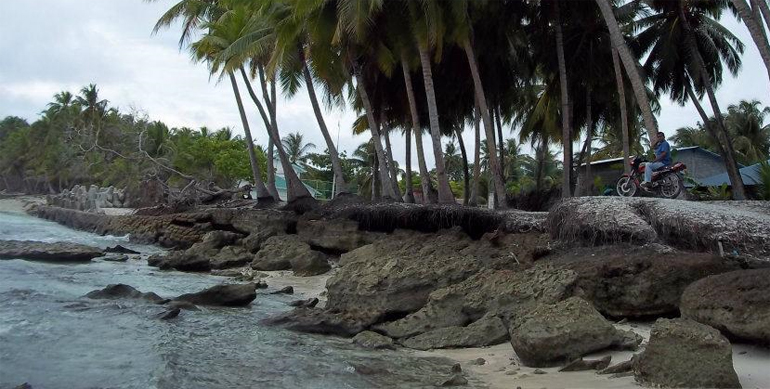 The development phase of the project will be executed by a consortium of Dutch consultancy firms Royal HaskoningDHV and TechForce Innovations. 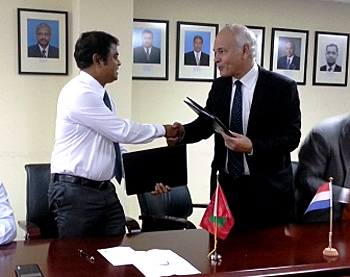 The Client Consultancy Agreement for this project was signed by the Minister of Environment and Energy, Mr. Thoriq Ibrahim and Mr. Jean Henry Laboyrie, Director Global Rivers, Deltas & Coasts of Royal HaskoningDHV.

Ongoing coastal erosion
The agreement was signed on 11 December and marked the start of the project. Following the approval of the project plan the actual construction activities are expected to commence in 2016.

The project aims to protect threatened shorelines in Gn.Fuvahmulah, S.Maradhoo and Maradhoo-Feydhoo and S.Feydhoo. In the Maldives over 80% of the islands in the country are experiencing serious beach problems and coastal erosion. These problems can result in flooding of the islands as they are only 1 to 2 meters above sea level. 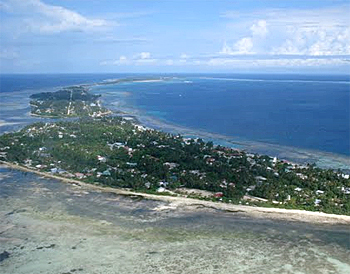 The southern islands are in most urgent need for coastal protection compared to other islands. As they are isolated from the other islands in the Maldives, they do not benefit from any protection against waves and currents from other islands.

All southern islands are densely populated. Land on Fuvahmulah, Maradhoo and Feydhoo is very scarce, and the continuous erosion and salt intrusion further reduce the available land and make the land more vulnerable to sea induced flooding.

In Fuvahmulah, one of the largest islands in the Maldives, the shoreline is never further away than approximately 400 meters.

On the islands of Maradhoo and Feydhoo, which are fully occupied by buildings and infrastructure, nobody is living more than 200 meters from the shoreline.

The Dutch govenment will also partly finance the implementation and operation and maintenance phase. The remainder is to be covered by a loan. The total project costs are estimated at 19.5 million euro.

This news item was originally published on the website of the Maldives' ministry of Environment and Energy.