The contract was signed with the Center for Rural Water Supply and Sanitation (CERWASS) of the Vietnamese Ministry of Agriculture and Rural Development.

The project is scheduled for completion in March 2016 and will provide 100,000 people with clean drinking water and boost economic development by increasing water supply to local businesses. 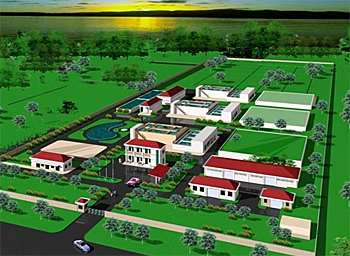 Royal HaskoningDHV is responsible for project management and the supply of critical equipment and components.

Mr Nguyen Van Tri, Director CERWASS said: "The implementation of the Ba Ria Vung Tau Rural Water Supply project plays a crucial role in our objective to supply clean water to 97 percent of the rural residents by the year 2020. It is an important and truly meaningful project which will contribute to the realisation of Vietnam’s rural clean water supply and sanitation strategy." 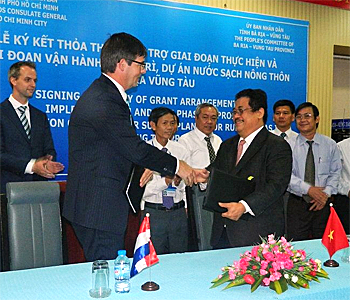 He added: "Through this project we are really improving the lives of the mainly poor people in the rural districts of Xuyen Moc and Dat Do. Within a couple of years these people will have sufficient and safe drinking water delivered to their houses. We will also be increasing water supply to businesses and SME’s thus encouraging economic development.

Dutch co-financing
The Ba Ria Vung Tau Rural Water Supply project is being co-financed by the Facility for Infrastructure Development (ORIO), which is funded by the Dutch Ministry of Foreign Affairs to encourage public infrastructure enhancement in developing countries.

It is one of five Orio-projects in Vietnam involving Royal HaskoningDHV. In total the company is working on three water supply projects to provide safe drinking water to half a million people in three different provinces of the country.