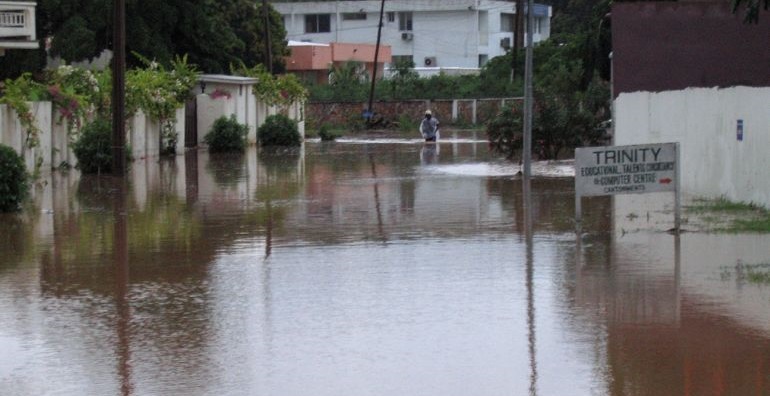 International engineering and project management consultancy Royal HaskoningDHV in cooperation with consultancy firm HKV has been appointed by the United Nations Development Programme for the provision of services to develop disaster risk and early warning systems in Ghana.

The latest state-of-the-art technology will be deployed to forecast climate hazard events which will allow increased time for the Authorities to take action thus saving lives and reducing the social and economic damage caused by floods and droughts.

Hundreds of thousands of people in Ghana are threatened by natural disasters every year. In 2010 for example, heavy rainstorms caused floods which killed dozens of people, made more than 700,000 people homeless and caused direct damages worth millions of dollars.

Floods and droughts
The United Nations Development Programme (UNDP) is initiating this early warning project to reduce the country’s vulnerability to extreme climate events. Mr Rene da Silva, UNDP’s Deputy Country Director in Ghana said: “We are supporting the Government of Ghana to become a climate resilient nation and to reduce human losses and damages caused by floods and droughts.”

The project covers the metropolitan districts of Accra, Kumasi and Cape Coast, the city of Techiman and 5 other districts - altogether home to millions of people. 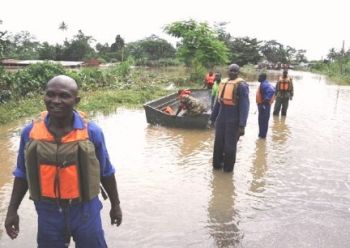 The UN system in Ghana has a
long track record of effective coordination
of humanitarian operations in response to
natural disasters and ofther
emergencies. Photo: UNDP Ghana

Early warning systems
The Royal HaskoningDHV-led team will work with the Community Resilience through Early Warning (CREW) Project Management Unit in Ghana to assess the disaster risks on the national scale and for the selected cities and districts. The consortium will assess both the current situation as well as future scenarios, taking into account climate change and autonomous developments. The team will design a master plan for the early warning systems and prepare an inventory of the gaps and needs in data, knowledge and structures. The master plan will combine rainfall prediction, model simulation and geographic information to provide regionalised forecasts.

The project will also evaluate international drought forecasting initiatives and factor in regional vulnerabilities to provide timely warnings for climate events which could threaten food supply to large parts of Ghana. Capacity building and knowledge transfer are an integral part of the project. 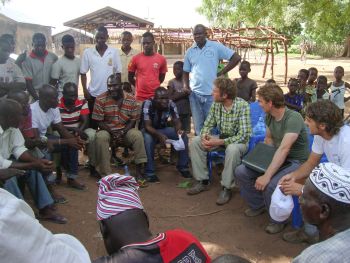 “Early warning systems create the essential time for Authorities and communities to react to a developing situation. The project will have a significant positive impact on the health and well-being of Ghanaians as well as on the country’s economic development” says Willem Kroonen, Royal HaskoningDHV’s senior project manager.” Our team was chosen because of our expertise in this field and our local knowledge and presence.” Both Royal HaskoningDHV and HKV have experience with early warning systems in many countries such as Indonesia, Bolivia and Ireland.

The project is funded by the Norwegian Government. Ghana’s National Disaster Management Organisation (NADMO) is the Implementing Partner. The project will be completed in August 2015.

This news item is based on a press release by Royal HaskoningDHV.