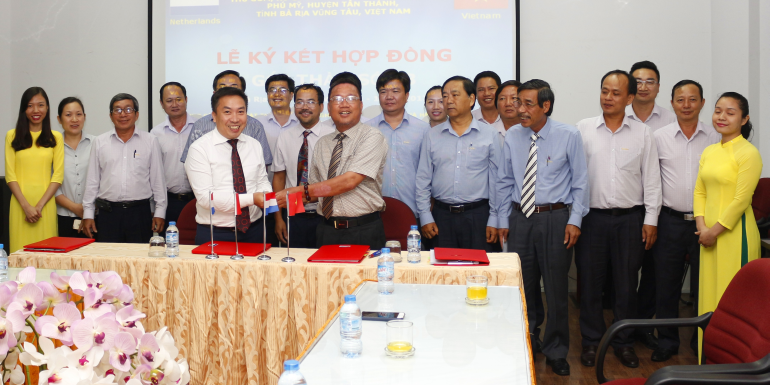 The project will deliver sanitation for residents and industries whose wastewater is currently discharged untreated, resulting in high levels of environmental pollution. The Dutch Government is financing the project as part of its Facility for Infrastructure Development (ORIO programme) in developing countries.

The sewage plant will use Royal HaskoningDHV's Carrousel® technology for the biological treatment of municipal and industrial wastewater. The new plant will have a treatment capacity of almost 30,000 m3/day.

Connecting households
The project also includes the construction of four pumping stations, over 100km of pipeline network and the connection of 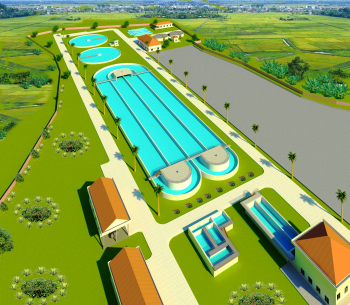 Sanitation
Speaking following the signing ceremony Doan Manh Thang, Royal HaskoningDHV’s Director Water Vietnam said: “We are proud to have been awarded this prestigious contract. Since we started to define the needs for proper sanitation in this area, all stakeholders have been focussed on making this project happen. We have worked closely with BUSADCO, the People’s Committee of Ba Ria Vung Tau and the Dutch Government to define, design and now to implement this much needed solution.

“The environmental benefits will be visible in a significantly improved water quality in the area’s lakes, canals and Thi Vai river and will result in better living conditions for residents. It will also help small and medium enterprises to protect the quality of the environment around their businesses.”

Improving living conditions
The wastewater solution for Phu My is the third ORIO funded project in Vietnam that Royal HaskoningDHV will implement. Together these projects will improve the living conditions of some 400,000 people. ORIO, the Dutch Governments Facility for Infrastructure Development encourages public-infrastructure development in developing countries.

The project also adds to the company’s growing number of environmental improvement schemes in Vietnam; of which ten are ongoing. The project is expected to be completed by December 2019.