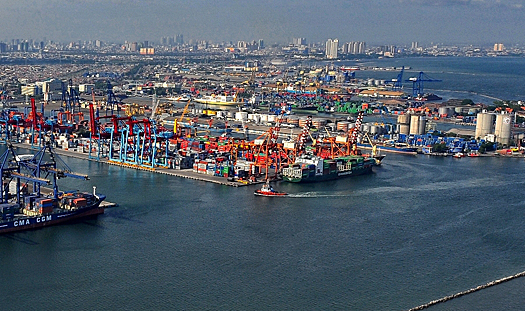 International consultancy firm Royal HaskoningDHV has won a multi-million dollar contract to supervise the construction of the extension of the main port of Jakarta, Tanjung Priok.

The contract is part of the North Kalibaru Terminal Development and the first phase includes the development of a new 4.5 million TEUs container terminal allowing the economic development of Indonesia to continue.

Tripling annual capacity
Construction of one of the world’s largest port developments has begun in Indonesia. When it completes in 2023, Jakarta’s Tanjung Priok port, which currently handles the lion’s share of Indonesia’s exports and imports, will more than triple its annual capacity to 18 million TUEs of container traffic.

The creation of North Kalibaru Port, a new terminal within the port complex, will play an essential role in the development of Indonesia, strengthening the national logistics chain, increasing global competitiveness and functioning as an international hub for seaborne trade.

One of Indonesia’s most prestigious public projects, the North Kalibaru Port extension was opened by Indonesia’s President Susilo Bambang Yudhoyono on 23 March 2013.

Lead consultant
State owned port operator IPC (Indonesian Port Corporation) assigned Royal HaskoningDHV as lead consultant for the supervision of the construction of Stage 1 of the port extension with local sub-consultant PT Atrya Swascipta Rekayasa. The first new container terminal is scheduled to be operational in 2014; Stage 1 will be completed in 2018.

Strategic port development: tight schedule, high quality requirements
Royal HaskoningDHV will supervise construction works including land reclamation, revetments, an access bridge, a container yard and quay structures. Herman Pals, Project Director said: “This is one of the biggest port developments at this time. It is a strategic project in terms of infrastructure development in Indonesia, so for both the port and terminal operators the stakes are high. The schedule is tight and the quality requirements are high again. At the peak of the construction period, we will mobilise a team of over 50 staff to provide the multidisciplinary expertise required to deliver the complete supervision works and to resolve any issues arising from the construction works.”

Special soft soil construction
Pals continued: “We have some interesting challenges, as the port is being constructed on very soft soils. Standard reclamation by landfill is not possible for the first terminal, because of large ground settlements and the time required allowing the ground to settle. This means that the first terminal, including the complete container yard, will consist of a concrete deck on foundation piles, which is rather unusual.”

Re-using dredged materials
With sustainability a crucial factor in today’s world, a large part of the reclamation and landfill work for the other, future terminals will be carried out re-using material dredged from the port and from deepening the access channel. Seawater and nearby intakes will be protected from contamination with silts from the dredging, achieved by applying so called silt curtains.

Royal HaskoningDHV won the project after delivering the most competitive financial proposal with the best proposed methodology and team composition.

This news item was originally published on the website of Royal Haskoning DHV.

Also read on this website:
Van Oord contracted for deepening and reclaiming land for largest container port in Indonesia, 4 December 2012