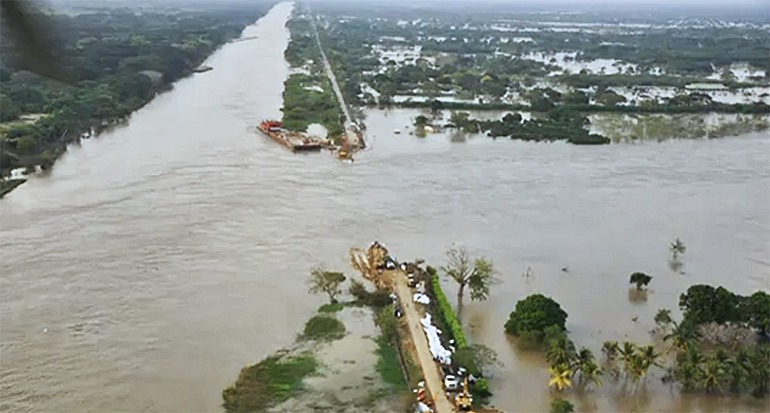 By designing effective flood control measures, 1.5 million people living in the region will be protected from major flood events such as the disaster during La Niña that killed 174 people and left many others homeless end 2010.

In December 2010 during La Niña the banks of Canal del Dique burst, flooding riverside towns causing casualties and rendering thousands of people homeless. The water left huge amounts of sediment on the land along the Canal.

Climate adaptation fund
The 22 million euro project will take four years and is commissioned by Fondo Adaptación, the public institution founded by the Colombian President, Juan Manuel Santos, for construction and restoration of infrastructure affected by La Niña 2010-2011. 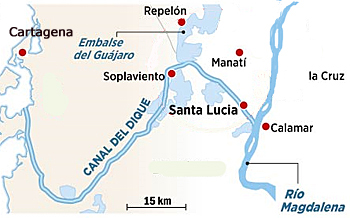 This project focuses on the Canal del Dique, a 120 km canal connecting Cartagena Bay to the Magdalena River at the city of Calamar in northern Colombia. The canal provides a navigation route through a series of marshes and wetlands and is vital to the economy of the region.

The project includes studies and designs for the restoration of the old channel and dikes, new locks and marsh improvements.

Stronger La Niña: extra rain
For the first time in Colombia’s history, navigation locks and flow and sediment control structures will be conjoined within an integrated water resources and flood control project. The project will also take into account climate change effects such as more frequent and severe occurrences of La Niña bringing extra rain to the country. 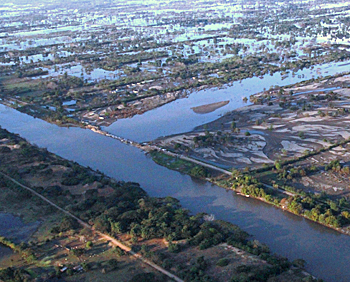 La Niña used to occur once every five to six years, but due to global warming, it has become increasingly frequent and stronger.

Definitive and effective solution
Referring to the project, Carmen Arévalo Correa, Director General of Fondo Adaptación Colombia, said: "This is a very important step forward to find a definitive solution to the problems of the Canal del Dique."

The importance of this project is immense, as also Roelof Moll, Royal HaskoningDHV’s Project Director, explains:  "Our work to design effective flood control measures will help save lives and businesses, by preventing and mitigating the extensive damage by flooding.

As well as protecting the people living along the Canal del Dique, this project will safeguard the natural environment and benefit the economy of Cartagena by boosting trade at its ports."

Royal HaskoningDHV is also working with Dutch knowledge institute Deltares on this project for expertise in early warning systems and modelling.

Heavy rain left 257 dead, two million people affected and thousands of homes and crops destroyed in Colombia early December 2010. Below a report by El Espectador (with photos, Spanish spoken) on the dike breach near Santa Lucia.