Nereda is a new aerobic granular sludge technology that purifies wastewater by controlling the growth and formation of microorganisms, requiring less space and resources, and using a lot less energy. 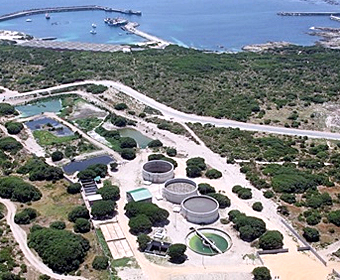 The first Nereda plant in South Africa was built at wwtp Gansbaai, near Cape Town.

Using existing infrastructure
Graham Hartlett, sales and marketing manager of WEC Projects said: "When this project came out on tender, we immediately recognized that it would be an excellent match for the Nereda technology. The advantages of being able to use the existing infrastructure added much value to the client. Nereda technology can be deployed on a smaller footprint. Capital and operational costs are also big factors to consider."

According to the Nereda Global Director, Rene Noppeney; "The technology represents the next level in the evolution of water treatment technology. Aerobic granule treatment is the next technology and is here to stay. The great benefit of Nereda is that it is proven in practice, also in South Africa."

"The first implementation of Nereda in Gauteng is the perfect opportunity to showcase this award-winning technology and WEC Projects is excited at the prospect," concluded Hartlett.

Developed by public-private partnership
The Nereda-technology is invented by the Delft University of Technology in the Netherlands and developed in a unique public-private partnership between the University, the Dutch Foundation for Applied Water Research (STOWA), the Dutch Water Boards and Royal HaskoningDHV. Worldwide, there are dozens of plants in operation and under construction, including in Brazil, Australia and in South Africa’s Gansbaai and Wemmershoek.