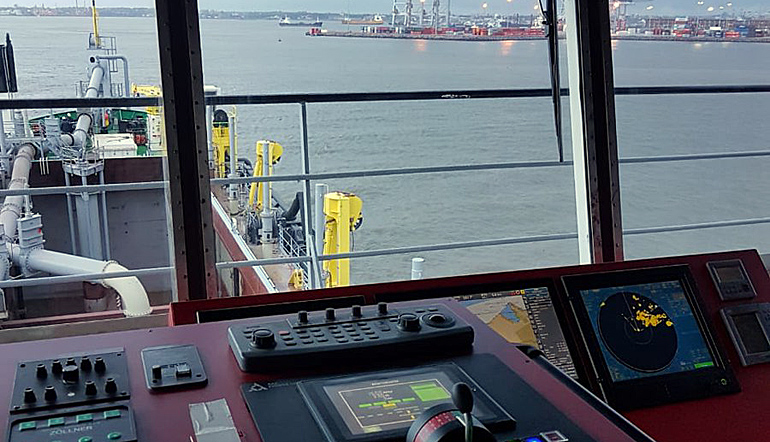 During the last week of 2018, the trailing suction hopper Draga 21 De Julio conducted successful sea trials from the port of Montevideo in Uruguay. TSHD De Julio has been designed and constructed by Dutch shipbuilder Royal IHC for the Administración Nacional de Puertos (ANP) in Uruguay.

The 4,200m³ TSHD was partly built at IHC shipyard in The Netherlands and has been completed in Montevideo. 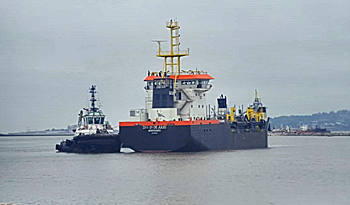 Basic design
The basic design and detailed engineering of the vessel was supplied by the IHC headquarters in the Netherlands as well as the highly complex dredging parts and equipment.

IHC signed the contract for the design, construction and delivery of the TSHD with ANP in November 2016, and the keel laying ceremony took place in October 2017, simultaneously in both countries.

After finishing the keel and stern of the dredger in the Netherlands, these parts were transported to Uruguay in May 2018, where the rest of the TSHD was built for Administración Nacional de Puertos (ANP).

The cooperation between IHC and ANP dates back to the 1970s, with the delivery of TSHD Draga D-7, which remains part of ANP’s fleet. 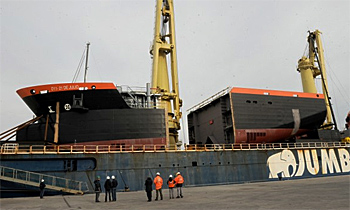 Arrival of the keel and stern in Montevideo in May 2018.

By 2000, it was building more dredgers abroad than at home, based on the ‘local for local’ principle, meaning that dredgers were built in a client’s home country.

So in China and Brazil, for example, a large number of Beaver cutter suction dredgers have been buit for local clients.

Another example is the larger 12,000 m³ TSHD Chang Jiang Kou 02, which was built in China in 2012 for the Yangtze Estuary Waterway Administration Bureau (YEWAB).

Advisor Armando Boni of Administración Nacional de Puertos comments on the arrival of the keel and stern of the Draga 21 De Julio in the port of Montevideo in May 2018. These parts of  the TSHD-dredger were built in the Netherlands (video by ANP).