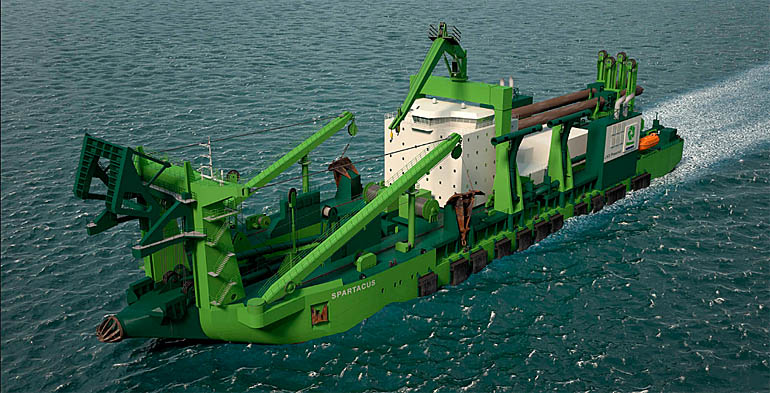 Royal IHC has been awarded a contract for the design, construction and delivery of a self-propelled cutter suction dredger for Belgian dredging company DEME.

The newly built CSD, called Spartacus, will be 164 metres long. With an installed engine power of 44,180 kW it will be the largest cutter suction dredger in the world. 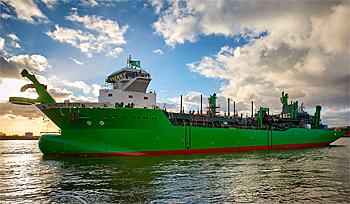 The application of LNG to power TSHDs has proven to be a very complex puzzle for the Dutch ship builder.

In close cooperation with DEME, Royal IHC and Vuyk Engineering Rotterdam have managed to fit all the pieces together.

One-man operation
Other innovations on board will include a waste heat recovery system that converts heat from the exhaust gasses to electrical energy.

The dredge control is arranged for a one-man operation. The vessel will have a heavy-duty cutter ladder and can reach a dredging depth of 45 m. 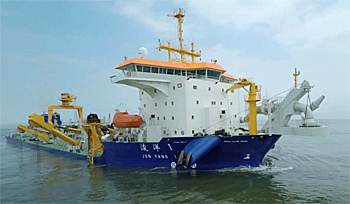 Benchmark for dredging industry
“We can state that this CSD is the largest and most complex that IHC has ever built,” said IHC's CEO Dave Vander Heyde. He thanked DEME for giving his company the opportunity to build the world’s first LNG-powered cutter suction dredger.

Vander Heyde: “The combination of power, size and innovations makes it a true challenge to build. We are proud and honoured that DEME has again placed their trust in us.”

DEME’s Head of Construction and Conversion, Jan Gabriel, emphasized the commitment to green initiatives. “This cutter suction dredger is going to be an important benchmark for the industry and a huge step toward limiting the environmental impact of our vessels”.

This news item was originally published on the websites of Royal IHC and DEME.