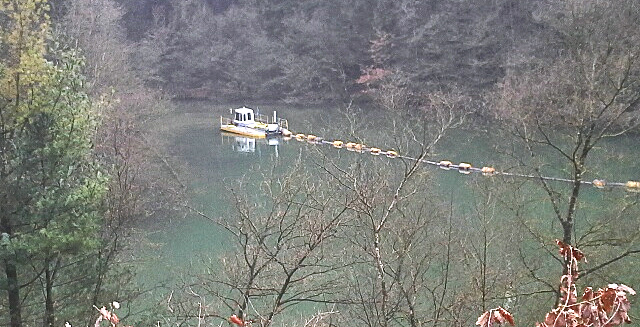 Royal Smals is about to finish its dredging campaign in the Sengbachtalsperre, a water reservoir in the Wupper catchment basin. The storage reservoir is used by Stadtwerke Solingen to provide drinking water for this German city.

The Sengbachtalsperre is one of the oldest drinking water reservoirs in Germany and holds 2.8 million cubic meter of water.

Upstream of the Sengbachtalsperre dam is a smaller reservoir that has been built to prevent settling of sediments from the feeder streams to the main reservoir.

Over the past two years, the water quality in this smaller reservoir has been negatively influenced by planktothrix rubescens, a form of blue algae, up to the point where the utility even had to temporarily halt the intake of drinking water. 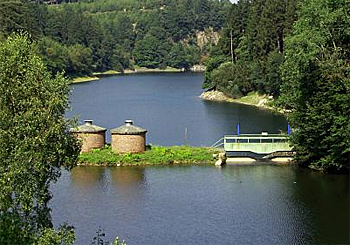 Removal of sediment
The blue algae derive nutrients from the sediment in the forebay. Stadtwerke Solingen as principal issued a tender for removing 26,000 cubic meter of sediment and pumping it to a bund in order to prevent the formation of blue algae in the future.

Royal Smals submitted a bid and has subsequently been appointed contractor for this dredging project. The 8" cutter suction dredger Pollux is now being used for the work.

The dredging depth is 5 metres.

Very long pipe route
Given its exceptional scope, this project is a challenging one. The pumping distance is more than three kilometres, with the pipe route running from the sediment reservoir over the first dam, then along the full length of the Sengbachtalsperre, to finally pass through a hilly and wooded area to the two sediment bunds.

The configuration of the pipeline has been adapted to the terrain conditions. Special adjustable aerators have been built in for the purpose, and part of the pipe has an altered diameter.

By this means, maximum use is made of the siphon effect in the pipe, while the pumping process remains manageable. 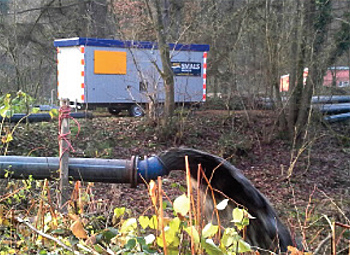 Managing the bunds
The available sediment bunds are not large. With a holding capacity equal to the volume of material to be dredged, managing the settling of the sediments in the bunds, requires special attention.

The water used for the pumping process, must be clean before it is discharged into the Wupper. To this end, a flocculant unit has been placed at the end of the pipeline, where a limited amount of biological polymer is added to accelerate the settling in the bunds.

In addition, the discharge boxes have been fitted with a membrane to allow the water to pass through, whilst retaining the sludge.

Royal Smals expects to complete the dredging campaign this spring.

This news item was originally published on the website of Royal Smals (in Dutch only).