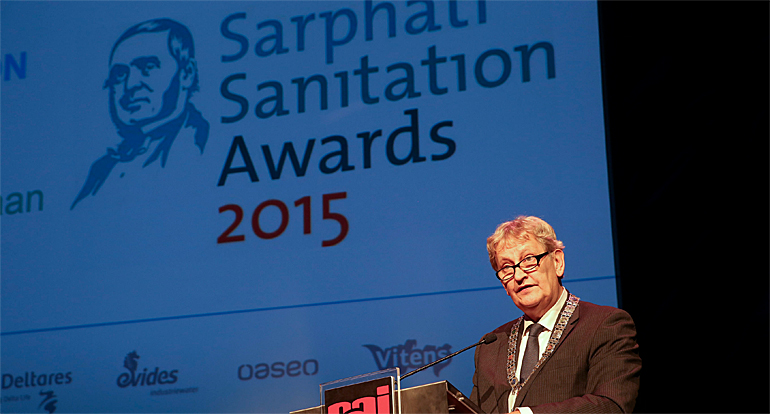 Join the boost for global sanitation efforts and nominate an individual or organization for the Sarphati Sanitation Awards 2017!

Do you know an individual or organization that contributes to the global sanitation challenge, please nominate them by sending an email to Sarphati2017@aquaforall.org. 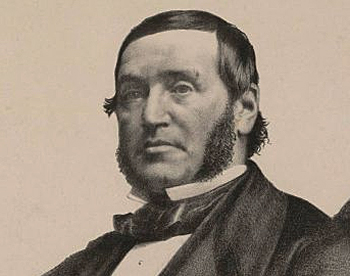 Samuel Sarphati was a doctor in Amsterdam and because of his compassion for his patients, he initiated all sorts of projects to improve the quality of life in the city, including the collection of waste water.

Global contribution
World Waternet, Netherlands Water Partnership and Aqua for All initiated the biennial Sarphati Sanitation Award in 2013 to honor the outstanding contribution of individuals or organizations to the global sanitation and public health challenge through entrepreneurship.

The Sarphati Sanitation Awards will be handed out for the third time during the Amsterdam International Water Week later this year in October.

Stimulating entrepreneurship
This year the focus will again be on entrepreneurship. The recommendations for this years' nominations are: Keep the focus on urban sanitation – open defecation in cities is increasing and focus on the challenge of small cities which especially in Africa are growing very fast.

And keep stimulating entrepreneurs but acknowledge the role of public servants, nominate individuals who create value out of what was hitherto regarded as waste and thereby improve health and do this on a sizeable scale. 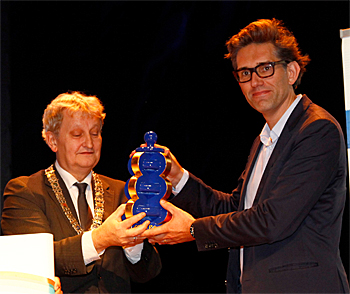 Previous winners
In 2013 the award was won by American-based organisation Sanergy for the development of its low-cost 'Fresh-life' toilet.

In 2015 there were two award winners. Dr. Kamal Kar of the CLTS Foundation was awarded for Lifetime Achievement in stimulation of the demand for sanitation. As for the Young Entrepreneurs category, Safi Sana was recipient for its processing of faeces in Ghana.

In 2016 the Toilet Board Coalition screened around 100 entrepreneurial sanitation initiatives. The Bill & Melinda Gates Foundation and The World Bank both are active promoters of sanitation as a business.

About Samuel Sarphati
Samuel Sarphati (Amsterdam, January 31, 1813 – June 23, 1866) was a Jewish doctor, chemist, philanthropist and entrepreneur who left an indelible mark on Amsterdam.

He played an important role in the development of education, health, urban and commercial development in the city in the middle of the 19th century. He was a man of many fields of interest, able to run his initiatives right through the Amsterdam bureaucracy in order to get things done.

Through his innovative mind-set and persistent attitude, he reached multiple breakthroughs for the urban poor.