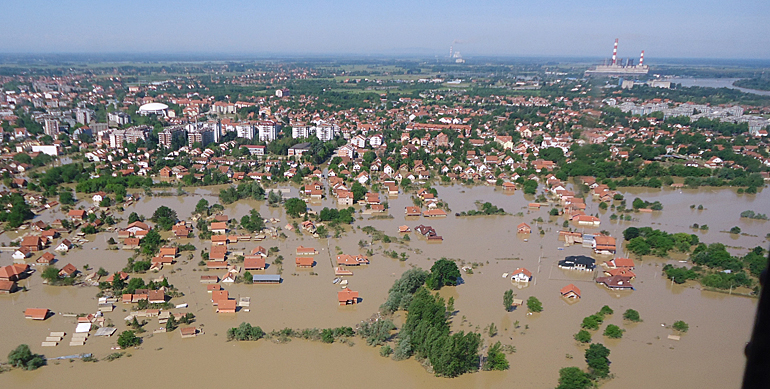 "We have seen a few small breaches, but on the whole the levees along the Sava River in Serbia held remarkably well", concludes Mathijs van Ledden after a recent helicopter flight along the Serbia part of the river.

Since early May the Sava River has swollen enormously, collecting enormous volumes of rainwater from its tributaries. A large part of the extreme rainfall in the Balkans, fell in the catchment area of this river. The downstream part is situated in Serbia where the river merges with the Danube. 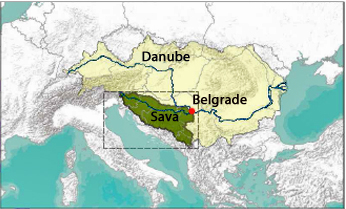 Levee inspections
Dutch flood expert Mathijs van Ledden is part of an emergency response team of the United Nations Disaster Assessment and Coordination Organization (UNDAC) and has been active in the Serbian disaster area. Last week he inspected many levees, including the ones along the Sava River.

"In general the conditions of the levees looked good. In some cases we have been able to inspect the inner slopes of levees. This is very important to assess the condition", says Van Ledden. "Often levee inspections are limited to height and the possibility of overtopping. As water levels are descending this is unlikely now, but the threat of softening remains relevant. We advised the Serbian authorities to be cautious with re-evacuation." 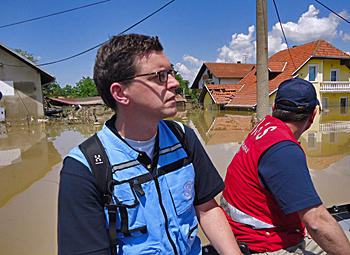 Many volunteers placing sandbags
"As UNDAC-team we have only been active in Serbia, so I cannot tell anything about the situation in Bosnia and Kroatia," continues Van Ledden. He was impressed by how the authorities handled the emergency situation and the responsiveness of the local people. "In towns as Sabac a few thousand inhabitants helped to raise the height of the levee with sandbags. They were able to prevent their town from being flooded by the Sava River."

The flooding in Obrenovac strengthens Van Ledden's impression that the floods mainly occurred on the smaller tributor rivers, such as the Drina, Bosna and Kolubara. "Some weak spots in the levees along the Sava River are known and measures to enforce them have been planned. The problem seems to be the upstream small rivers with a steep gradient that, in case of extreme rainfall, flow into the valleys with great force".

Van Ledden has returned to the Netherlands and for the coming days will continue to advise the UNDAC-team. Meanwhile he works on an overall flood assessment report for the Serbia authorities.

Also read on this website
● UNDAC calls in Dutch flood expertise to help flood-ridden Serbia, 20 May 2014