SDG 6 for water and sanitation: Some heavy lifting to do 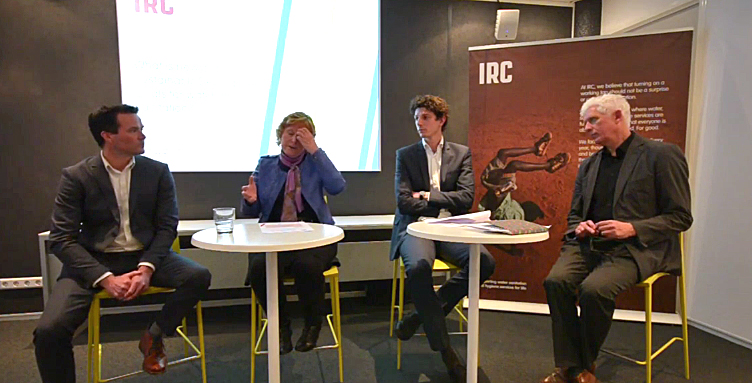 "We have some heavy lifting to do", Pim van der Male, senior policy officer at the Dutch Ministry of Foreign Affairs said at a meeting of some 50 Dutch water and development specialists in the Hague, the Netherlands on 4 March.

The meeting was organised by IRC Wash. 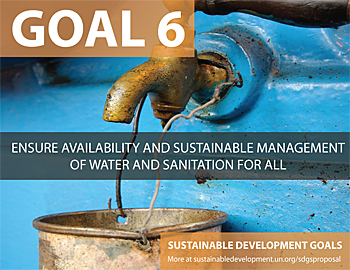 Water and sanitation have a standalone goal (SDG 6) with 8 targets, not only on drinking water, sanitation and hygiene (WASH) but also on water resources management.

The SDG goals are currently negotiated by governments and will be proposed for adoption by the United Nations in September of this year.

Under pressure
"There is pressure from some countries to reduce the number of goals", IRC CEO Patrick Moriarty said. "There would be a big danger for us as a sector if we lost a specific measurable goal and indicator about achieving universal coverage". It was remarked that this is unlikely to happen as the goals are "like a house of cards, if you change one thing, that will have consequences for other goals or parts of the SDGs".

Realising universal access for all will not be easy. It was said many times during the meeting. Climate change, population growth and urbanisation are additional hurdles that need to be tackled simultaneously. This requires closer collaboration with the environment, health, agriculture and urban sectors, which adds to the complexity of it all. 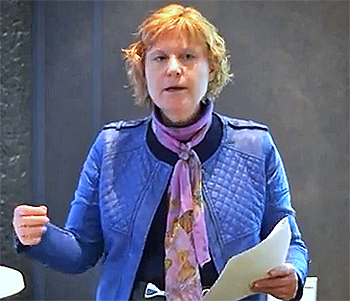 Director Ruth Mathews of the Water Footprint Network talked about the implications of the SDGs for developed countries.

Global agenda
Unlike the MDGs, which focused on developing countries, the SDGs have a global agenda. The SDGs demand sustainable growth and that implies that developed countries get responsible for the sustainable use of water resources.

Executive director of the Water Footprint Network, Ruth Mathews, used the water footprint and virtual water concepts to illustrate some global dimension of the water SDG.

She showed that 95 percent of the water footprint of Dutch consumers is outside The Netherlands. As an example she mentioned the Dutch import of products with large water footprints from low-wage countries like Bangladesh.

Accordingly, globalisation has led to an explosive growth of the water-intensive textile industry in that country. 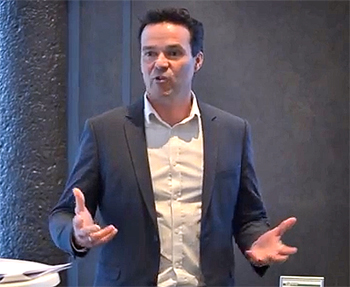 According to Pim van der Male of the Dutch Ministry of Foreign Affairs the current public and private financial resources are insufficient.

Innovative financing
The funding required to realise the water SDG may seem overwhelming, but we should not forget, Ruth Mathews said, that "there are financial costs in not having sustainable development".

Pim van der Male emphasised the need for innovative financing to realise the SDG for water and sanitation. The sources of public and private finance that we have been using up untill now are insufficient on their own.

More solutions are expected to emerge from the Third International Conference on Financing for Development, taking place in Addis Ababa in June 2015.

This news item was originally published on the website of IRC Wash.