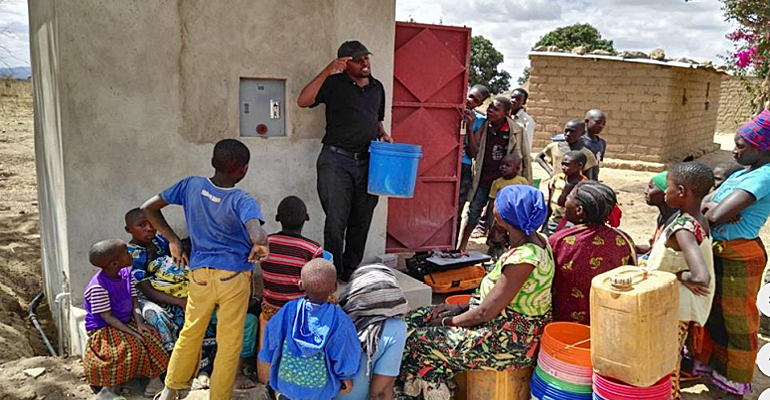 Said needs 16,000 euro for his smart system that can provide safe drinking water with the aid of solar energy. 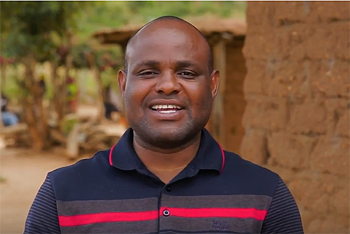 Social entrepreneur Said is in need of 16.000 euro to build a water vending machine in Ngomai.

Easy scalable
Unlike many other water projects, this is a social enterprise, with a scalable plan. That is why Simavi set up a crowdfunding campaign to speed up the growth of Said’s social enterprise Ufundiko.

A smart system that differs from existing water pumps in two important ways: villagers pay for water and thus finance the maintenance of the pump.

Besides, thanks to an online dashboard, everybody can see at any time how much water the pump will tap, when it deviates and when the pump may not function properly and needs to be repaired.

The system is a structural solution to an age-old problem. Due to lack of maintenance, 30 to 40 percent of the water pumps are dry. As a result, women sometimes have to walk for hours for drinking water. Precious time that they can use well for their family or to make money. 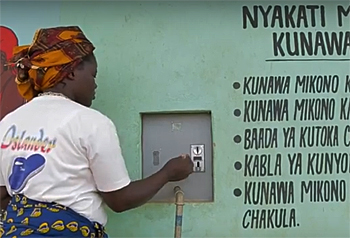 Generating income for maintenance
After the successful pilot carried out recently in Nugototo village (on top photo), the next step is to build a Water Vending Machine, including technology, in Ngomai.

By doing so, we will make drinking water available to 7,000 people.

At the same time, the machine starts generating income for maintenance, repair and development.

Water vending revolution
Simavi calls upon everybody to become an investor in this revolution, just like Said.

On the online dashboard, Said and Simavi will keep you updated every quarter, on the impact of the total investment and how many people use safe drinking water.

This news item was originally published on the website of Simavi.

Social entrepreneur Said calls for financial support for his plan to build a water vending machine for 7,000 people in Ngomani, Tanzania.